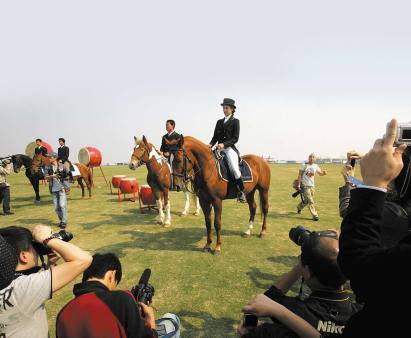 Some of China’s richest citizens are entering their second decade as millionaires, and they are developing the appetites and aspirations of a new aristocracy. Daniel Jeffreys met the wealthy entrepreneurs who are redefining what it means to be Chinese and rich.

[dropcap size=small]B[/dropcap]ernard Arnault’s minimalist office in the Parisian headquarters of Louis Vuitton Moet Hennesy (LVMH) has one window aligned with the direction of Beijing. One wonders whether LVMH’s chairman and chief executive officer stands there looking toward China’s capital.

Maybe, when he is alone, he even takes out a carefully woven prayer mat (perhaps created by Marc Jacobs?) and gets on his knees for a few minutes, just to bow eastward and give thanks for all the millions of Chinese consumers who have bought Louis Vuitton bags and Dior dresses, thereby boosting his fortunes enough to make him the world’s fourth-richest man.

Few would be shocked if he does genuflect in this fashion, for he has proclaimed many times that China will soon outstrip the economies of the West, consume more of Europe’s luxury goods than any other region, and return to the glories of its 2,000-year imperial era. And maybe, as he gets up from the mat, smoothes out his dark grey Dior trousers and brushes a speck of lint off his Berlutis, he sees something else gathering far to the east of the Eiffel Tower (which is almost on the same latitude as Ulan Bator, where Vuitton also has a store) – the shape of a new class in China that is de-blinging itself as it embraces a new sophistication.

These Chinese millionaires might be called Hanistocrats, because they are usually members of the country’s Han ethnic majority – few millionaires in Mainland China are not – and they aspire to be members of a new aristocracy. Which is not to say these men (and a handful of women) are driven by a thirst for power, although some might be and many have had power thrust upon them.

No, the Hanistocracy is a cultural phenomenon, the evolution of an affluent class that wants its wealth to be whispered, not screamed from the rooftop of a bright orange Bentley onvertible with gold hubcaps.  These rich Chinese are tired of being regarded as new-money arrivistes. They wish their wealth to bear a patina of elegance.

“They want to change their new money into old money that is more responsible, more sophisticated, and more respected”,

says Rupert Hoogewerf, the Shanghai-based founder of the Hurun List, which records the ranks of China’s rich, the size of their fortunes and their changing spending habits. “For example, in the last few years, they have begun to focus on passion investments that do not necessarily make money and even have an above-average risk of falling in value. Items such as watches, art, red wine, vintage cars and trophy properties.” 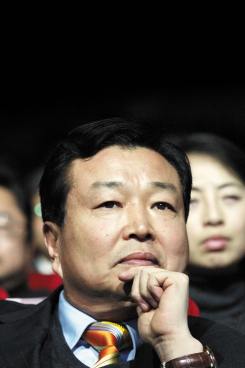 Yan Bin is best known for his association with a mass-market energy drink, Red Bull. Yet, his lifestyle is defined by his membership of the elite; and he is regarded as a leading force in the Chinese moneyed community when it comes to developing more-sophisticated tastes and spending patterns, and investing heavily in new business ventures that reflect a growing hunger for aristocratic and refined pursuits. He has recently developed Reignwood Pine Valley, a private club that targets the super-rich and which will eventually provide facilities for playing golf on courses designed by Jack Nicklaus, participating in polo matches, and watching shows by top performers like Lang Lang and Sarah Brightman in small-scale auditoriums fitted out with private booths.

Yan now ranks fifth on the Hurun rich list with a net worth of US$5.3 billion, and he owns a Canadian Bombardier Global 5000 private jet. However, he was born indigent and he was forced to leave Mainland China to make a living in Thailand in 1984. There, he developed a relationship with the country’s controversial former Prime Minister Thaksin Shinawatra, himself a fourth-generation member of a Chinese-Thai family (the Thai embassy recently moved to Pine Valley). Yan returned to China in 1995, and he soon came to prominence by fostering business and cultural exchanges between China and Thailand.

Now aged 57, Yan is a pioneer Hanistocrat, and he has proved how indispensable sophistication can be in order to gain access to resources, fame, social status, and profits. A keen collector of art, he recently also became active in philanthropic activities, a key pursuit of aspiring Hanistocrats. 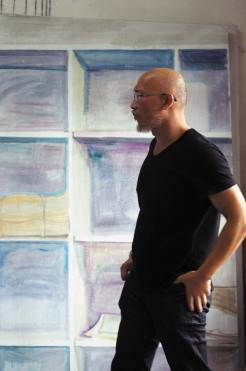 It would be a mistake to think that all Hanistocrats are industrialists. A significant number hail from the art world. They are new Hanistocrats made rich by the desire of older Hanistocrats to become sophisticated collectors of modern art.

Zhang Enli is a good example. The first Chinese artist to sign a contract with London gallery Hauser & Wirth, his recent exhibitions in New York, London, Shanghai, Zurich and Berlin have been critically acclaimed. Friends describe him as being like the yin-yang symbol made flesh. He enjoys a life full of paradoxes. His work is bold, yet he is quiet and unassuming. He works slowly and feels uncomfortable about painting people, but he is gregarious with his friends and adores driving fast cars, from which he derives inspiration for his work. Indeed for Zhang – who loves to smoke Cuban cigars as well –  being behind the wheel of a fast car is as indispensable to the creation of his paintings as buying canvas. “I spend almost all my money on cars and gasoline”, he says.

Zhang currently favours the Porsche 911 for his speed fixes, and he always wears black, whether in the studio or on the road. “All my shirts are CK”, he says. “Almost all of my clothes come from Europe, especially my boots. To ensure the correct quality, I have to order my boots from Europe, preferably from Italy.” Zhang’s wife likewise prefers Italian fashion. Her favourite dresses come from Max Mara. They sound like a most Hanistocratic couple.

According to research by Hurun and other groups like CapGemini, the qualifying benchmark of a Hanistocrat is personal net worth in excess of US$10 million. Above that point, Hanistocrats believe their personal fortunes have a measure of security, and that they are likely to be rich for the rest of their lives. And at that point, they cease to be focused on displaying their wealth and become interested in more subtle symbols of their good fortune.

“We have noticed that these so-called Hanistocrats change what they buy and who they associate with”, says Emma Matthew, the global chief executive officer of Quintessentially Lifestyle, which provides concierge services to several thousand of China’s high-net-worth individuals…Read more in Quintessentially Asia.