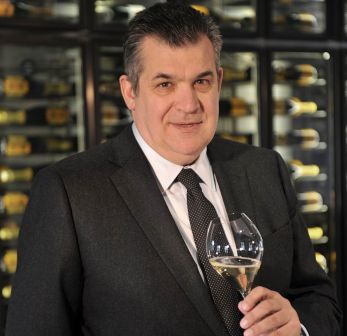 He will be based in Hong Kong and will report to Navarre.

Lacave replaces Mark Bedingham, who has decided to leave after being with the luxury wine and spirits house for two decades. Bedingham will remain with Moët Hennessy through the autumn to guide Lacave into his new role. Industry insiders say the move shows the strength of LVMH, which is exceptional among luxury groups in being able to draw on such deep resources among its senior management.

Moët Hennessy’s partners in Asia are likely to greet Lacave’s arrival with enthusiasm. The well-regarded Frenchman has an MBA from the London Business School and began his a luxury career in 1990 with Maison Pommery, before joining LVMH’s Watch and Jewellery division. Six years later he became President and CEO of LVMH Watch & Jewellery Asia, based in Shanghai. Since February 2012 he has been President of Veuve Clicquot Ponsardin.

“He is an example of what all people who work, manage and analyze should be like,” says Guy Sémon Vice President at Tag-Heuer S.A., who worked with Lecave at LVMH’s Watch and Jewellery division.  “He is an experienced top manager but, even more than that, an educated and cultured man. To meet Jean-Marc is to plunge into enlightened humanity, the desire to discover, to believe in dreams.”

Among his peers Lacave is known as a connoisseur of Asia and of fine wines and spirits. With his background in champagne, watches and jewellery and the six years he spent in Shanghai, Lacave is expected to bring deep insights to the luxury wine and spirits market in China at a time when the industry faces complicated new challenges, especially as the spending behavior of Chinese consumers continues to evolve and change at a rapid pace.

Lacave will take up his new role on September 15.