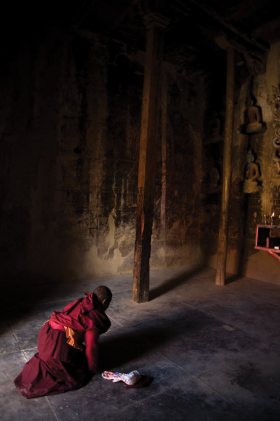 Master chess players choose their brilliant moves intuitively from a board full of chaos. For these geniuses, creativity is instinctive, like breathing or walking. According to Leong Ka Tai and Tse Ming Chong, two of Hong Kong’s most accomplished photographers need a similar kind of subconscious spontaneity.

“It is a very straightforward feeling,” Leong says. “The way you realise the image is interesting, and the moment you want to capture it are all subconscious.” Leong is known as Uncle Tai, an alias that signifies his seniority and excellence in the field as well as his role as an avuncular mentor to budding photographers.

Leong is the founding member of Hong Kong Photographic Culture Society, and served as its chairman from 2009 to 2013, during which time he organised the Hong Kong Photo Festival 2010 and Hong Kong International Photo Festival 2012. He is also the winner of various prestigious awards in Hong Kong, New York and Leipzig, and his work is included in the permanent collection of Hong Kong Heritage Museum, Museum of Fine Arts in Guangzhou and Leal Senado in Macau.

“I don’t know how to teach a photography class,” says Leong, who, in conversation with Tse revealed that he cannot explain why a photograph is good, or describe what constitutes mastery of the photographic arts, but he offers powerful advice, “I once told someone that they should take a roll of film everyday for 3 months, and show me those photos,” he says. “There would bound to be some good ones. If you immerse yourself in photography enough and have enough discipline you will start to be a good photographer. ”

For Leong, making photos is an effortless feat achieved by subconscious coordination between eyes and hands, in response to various triggers in the environment. And in order to sharpen one’s sensitiveness towards those triggers, he recommends to “read more books, walk more roads, look at your surroundings, understand the world, and then you can take good photos.”

Tse shares Leong’s view that the reasons why a photo is good or bad is beyond description; he says that for the experienced photographers, capturing images is more of a habit than rational thinking, a matter of instinct rather than meticulous framing.

“As a teacher I can only teach students the techniques,” says Tse, who has taught at various local universities and schools including the Hong Kong Design Institute. “But ‘how’ to take photos is something that I cannot teach…I cannot answer my students when they ask me why a photo is bad.”

Tse confesses that he was not a good student by conventional standards, having passed only one Hong Kong Certificate of Education course. He first worked as an in-house photographer at a hotel while moonlighting in fast-food chains.

After saving some money, he spent two years travelling to China, Russia, the Middle East and Europe. At 28, he came back to Hong Kong and published the work that he produced during his trip in two pocket-sized books. Working different jobs to stay solvent, he never gave up on taking photos.

During the Tian’anmen Square Incident in 1989, Tse went to Beijing and took a famous photo of Mao Zedong’s portrait being removed because someone had covered it with ink. When he came back, he held an exhibition featuring photographs that depicted Hong Kong society and the way it was influenced by the political turmoil in the north. Before long, he found a position at Next Magazine as photographer.

Leong also found his way into the photography profession through travel. Despite studying mechanical engineering at a U.S. university, and working for a company creating computer operating systems in England, he had been a keen amateur photography since high school. However, in 1973 he quit his job and went to Paris to learn more about his art, although he hardly spoke a word of French.

“I was really bored working in an office,” he recalls. “I thought that I might commit suicide if I found myself working there when I was forty. So I thought about my future for several sleepless nights and decided that it was with photography.”

“The day I quit my computer job was the happiest moment of my life. At that time the French were famous for their photography. A lot of masters were there. So I went to Paris.”

Leong was soon hired to work as an assistant at a photography workshop, and he took the opportunity to learn the technical skills that a professional photographer requires. Although he was living in a laid back European culture, he had a disciplined approach. While others were drinking coffee and beer, he used every chance to go out and take photos. After nine months, he presented his work to his boss, who was very impressed. Before long, he was no longer an assistant. 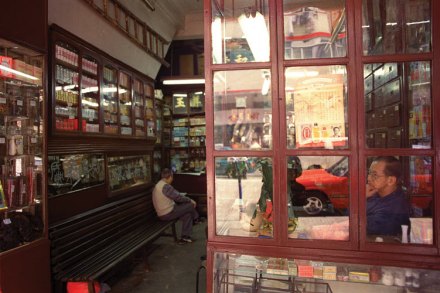 After three years in France, Leong came back to Hong Kong feeling ambitious and confident. Before long, he had established his own studio. “Doing photography is a cruel job – but a happy one,” he says. “When there was no business, you had nothing to eat. When there was a lot of business, you would have to do everything by yourself.”

However, after six years, Leong realised that having a bigger business doesn’t lead to happiness. As the number of assignments increased to two or three per day, he found himself sacrificing everything for his customers and his art suffered.

“I was so busy taking photos that I didn’t have any time to consider what I wanted to do,” he says. “So I shut down the studio and went travelling in China.”

During his 1980s odessy on the Mainland, Leong discovered his cultural roots and created some of his best work, including the pieces in the collection Leong Ka Tai on China: One to Twenty Four, which won the silver medal at the famed Internationale Buchkunst-Ausstellung competition in Leipzig, Germany.

In the 1990s to play with techniques and produce images that were free from restrictions imposed by clients. One of the many fruitful results of his increased freedom is Moving Horizon, a series of distorted landscapes that evoke the feeling of Chinese ink and water paintings as well as the work of Zao Wouki.

The talent that freedom unleashed soon began to attract magazines such as National Geographic, GEO, and Stern and various book projects came his way. He was given more space to create and work on his own ideas for these projects, which still constitute a major part of his work today.

The turning point of Tse’s career came as he started to explore the philosophy behind the lens. He decided that if photography is analogous to art, then he could not be satisfied with only being an artist, but needed to be an art critic as well.

“I did a lot of photography and it was meaningful,” he says. “But I didn’t think about what photography is for and what it brings to people’s lives.”

In 1994, Tse used the construction of the Hong Kong Convention and Exhibition Centre as a subject to explore the relationship between himself and his work. “I lived in Peng Chau at the time,” he says. “When I took the ferry to Central everyday, I would photograph the progress of the construction.”

The series of photos were featured in a 1995 exhibition called Hong Kong ‘94 at Central Plaza. “I tried to reveal what I thought about photography in the exhibition,” Tse says. “I was fascinated by the relationship between reality and my photographs. So I made the images transparent, and hung them on windows that had a view of the city’s landscape.”

The experimental exhibition was a success and many photographers in Hong Kong including Leong started to notice Tse’s work. What’s more important, it gave Tse more confidence. In 1997, he quit his job and focused on using cameras to develop his own ideas. As his thinking on photography deepened, he enrolled at Hong Kong Baptist University to study Journalism, and latter took a one-year graduate study programme in Image and Communication at the University of London.

Having explored more of the theories behind photography, Tse was able to look at his art from a new perspective, and he became determined to bring changes to the way photography is approached in Hong Kong. In 2007, Tse established Lumenvisum, a platform for photography enthusiasts to showcase their work and exchange ideas.

“These days the thinking is more important than the image because the technology is so advanced,” says Tse.

“Most don’t think about what they want to do through the lenses. It is very hard to find a good image that is full of content, rather than just sharp colors.”

Susan Sontag, one of the world’s most renowned photographers and photography critic ones said, “Do stuff, be clenched, curious. Not waiting for inspiration’s shove or society’s kiss on your forehead. Pay attention. It’s all about paying attention. Attention is vitality. It connects you with others. It makes you eager. Stay eager.”

Whatever the differences in Tse and Leong’s careers and approach to photography, they both have a practice that Sontag would admire, being artists who pay extreme attention to detail. A photograph may be static but its content must be emotionally compelling, it must move somebody in their spirit as well as their intellect. Unless a photograph is a moving image, it is nothing. By Summer Cao