When Albert Einstein was working on his theories of time and space, there were other renowned scientists doing excellent work, but none of them developed the theory of relativity. The parallel applies to the House of Dior and its Fall/Winter 2016 collection. 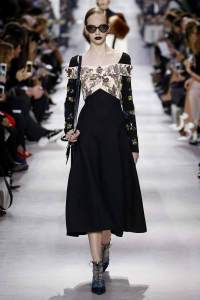 There was technical finesse in slimmed down Bar-jackets (the maison’s signature) with a whiff of Raf Simons influence. The Dior studio heads, Lucie Meier and Serge Ruffieux, created seductive accessories with crafty accents that were both intriguing and practical.

The duo (who took over when Simons jumped off the Dior treadmill last autumn) also popped the shoulder from half-a-dozen dresses to create a louche sensibility. This will look charming when it’s unsheathed from one of the House’s full length coats, which moved with the precision of a ballerina down the Star Trek-like mirrored catwalk in the Louvre’s Cour Carre.

In Meier and Ruffieux, Dior have developed a duo who are capable of delivering professional work at the highest level, drawing upon and re-interpreting the greatest hits from the Dior archive of all and any past decade. They are a bit like the ultimate tribute band, playing the original hits so well you almost forget they are not the real thing. 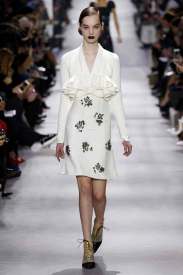 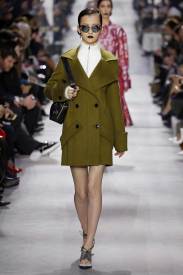 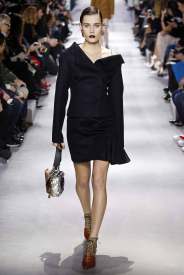 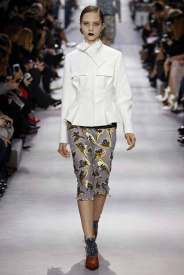 With clothes so wearable and refined, Dior has a F/W 2016 collection that is slick enough to keep its commercial wheels well oiled and spinning fast. There are even those who say Dior (and other headless houses like Lanvin) might want to do all their work in future behind a relatively anonymous façade of brilliant team work.

However, for those of us who live in a creative world that is more demanding than that of the average Dior consumer, we feel something is missing, an element of such profound importance that it begs the question of whether a house without a chief designer is not committing a subtle kind of fraud, offering its clientele something sub-par, like an understudy performing Rigoletto when the star tenor is ill-disposed. And then it hit me – the show being in the Louvre. 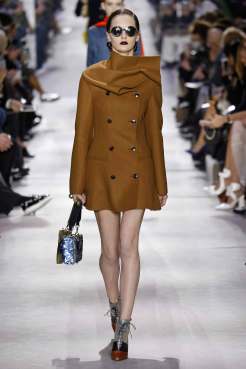 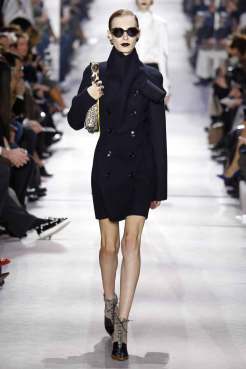 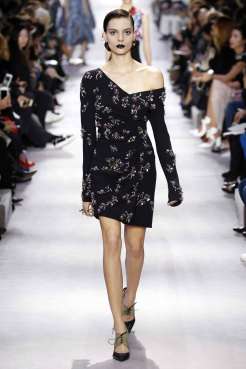 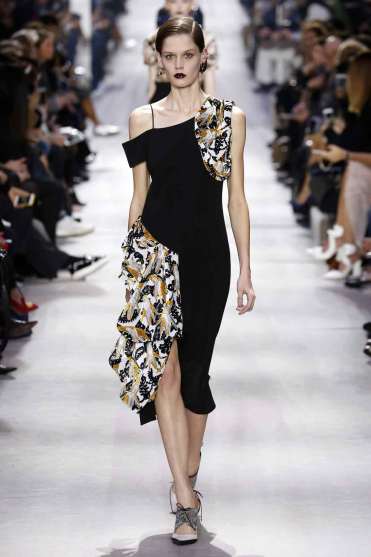 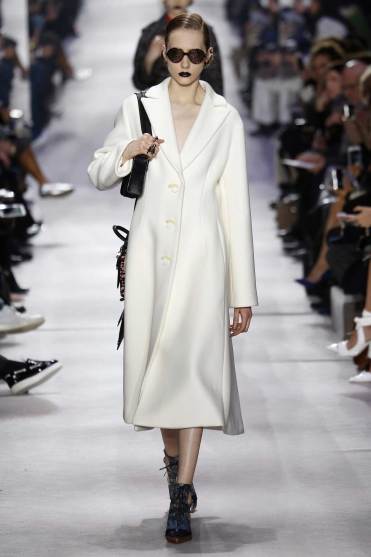 The Dior F/W 2016 collection reminded me of a salle in the museum’s Richelieu wing dedicated to the Caravagesques, French followers of the nonpareil Italian Renaissance painter Caravaggio. The Caravagisme gallery is filled with canvasses that pulse with strong contrasts between light and dark, the chiaroscuro that Caravaggio made famous. But like the Dior F/W 2016 collection, they are not truly authentic; they lack a spark of life that would make them the work of a genius.

And there’s the rub. Christian Dior, Yves St. Laurent and John Galliano all brought divine genius to Dior – but not Simons. Lucie Meier and Serge Ruffieux (under Simons’ influence) offer brilliance but not that flash of light which is the alchemy of fashion, the eureka moment that makes it feel for a few seconds that all the fuss has been worthwhile.

The Dior F/W 2016 collection is a layer of dust on the Dior archive, not the archive itself. The dust may have a fairy sparkle, but it’s never going to change the world. Dior should leave technical competence to other houses that are not part of fashion’s Pantheon. A Pantheon demands Gods and its time for Dior to find one.