Towards the end of the 19th century, a young girl and a young boy met and fell in love; thus begins our love story. A love story like any other it would appear, but it was not, for he was Alfred Van Cleef and she was Estelle Arpels and their union would become one of the most famous couplings in the world of high jewellery, introducing timeless pieces and, now, L’ÉCOLE Van Cleef & Arpels to an aesthetically desirous public.

More than a century after the maison first opened its doors, the legacy conceived by the daughter of a precious stone dealer and son of a stone cutter lives on. It survives not only through the exquisite pieces of high jewellery created by Van Cleef & Arpels, but also via its most recent incarnation, the nomadic L’ÉCOLE Van Cleef & Arpels.

The school first opened its doors in Paris in 2012 above the brand’s famed Place Vendôme boutique; its mission? “It is a question of wishing to share and transmit,” explained Marie Vallanet-Delhom, President of L’ÉCOLE Van Cleef & Arpels.

“Education is important, globally speaking and it’s why we decided to do something to transmit our expertise and knowledge of the worlds of jewellery and watchmaking.”

Enigmatic worlds that have, until very recently, remained shrouded in mystery to all but those on the inside. The emphasis here then seems to be on shedding light on the secrets behind high jewellery. “Yes, it is very much that…It is a school to open up that world to everyone; the only pre-requisite is a desire to learn,” Innezita Gay, an art historian and teacher at L’ÉCOLE Van Cleef & Arpels, elucidated. 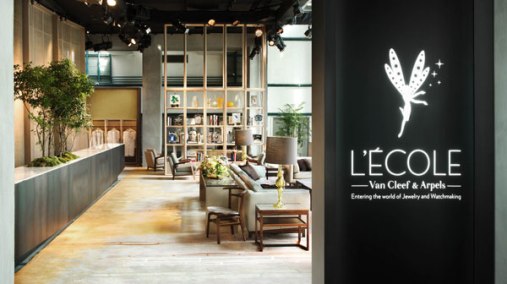 An admirable sentiment indeed and one befitting the romance of the Van Cleef and Arpels narrative that tells of two souls united in their quest to create something everlasting. However, one begs the question as to why now and why Hong Kong, more than 9,000 kilometres east of the original and at a time when China’s growth appears to be slowing.

The obvious and somewhat cynical answer lies in geographical location – our city is exceptionally well-connected to China and, despite the downshift in the world’s second-largest economy, still full of people willing to part with their money. Indeed, Vallanet-Delhom admitted that, “Hong Kong is the centre of the world now; China is the centre of the world. That’s why. But also the location is very interesting…PMQ is very significant…[It is] a testimony of the desire of Hong Kong to grow in terms of creativity and it’s very original…it’s historical and at the same time it looks to the future…it’s perfect for L’ÉCOLE.”

As generous amounts of light pour into L’ÉCOLE Van Cleef & Arpels’ Library, the young bamboo casting a gentle dappled shade on the Johnny Li-designed interiors and the sun caressing the antique pieces on display, PMQ really does seem the ideal setting for the school. “[Li] did a wonderful job. He came to Paris, he spent a week with us, we discussed with him…and it’s marvellous because he has understood perfectly the spirit of L’ÉCOLE. I am very happy…I feel at home,” said Vallanet-Delhom.

It also plays upon a recent shift in the city, one that looks towards preservation of heritage rather than towards development at any cost. An attitude that parallels L’ÉCOLE Van Cleef & Arpels’ aspirations to inspire an enthusiasm for the legacy of the brand within a contemporary context.

However, beyond geopolitics, it is also telling to delve into what the people of Hong Kong spend their hard earned capital on and how best to connect with an increasingly savvy audience.

“An ‘experience’ has much more impact than an ‘exposure’,”

says Brian Martin, Senior VP, Marketing and Communications at Project: WorldWide, an independent global network of agencies that specialises in engagement marketing; a mantra that L’ÉCOLE Van Cleef & Arpels could have been built upon.

The experience of L’ÉCOLE Van Cleef & Arpels takes on three different personas – History of Art, Savoir Faire and the Universe of Gemstones. Students at the school select which of these worlds they would like to explore before the key is handed to them and the voyage begins. Each session is a sensory experience allowing those present to touch, feel, try, observe and speak, amongst themselves and with experts from the maison, about their chosen field of study. 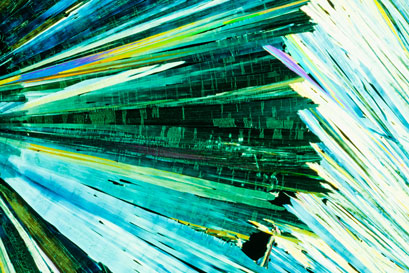 Up to four hours fly past in what seems like an instant as information is absorbed and the seeds of inspiration are planted. Talismans are analysed, mechanical movements are deconstructed before being put back together, and the fascinating world of diamonds and gemstones is infiltrated; exposing and identifying a great example from a good one.

Of these, it is education that shines the brightest; a luxury whose worth is impossible to quantify and yet, at the same time, one whose value is escalating. While some years ago it was enough to own the ‘it’ bag of the moment or flaunt the designer du jour, now that will not suffice. What elevates luxury to loftier levels is the wealth of experience or learning that lies behind it, a badge that its emissary may wear with pride.

And so, perhaps it is this which brought L’ÉCOLE Van Cleef & Arpels to Hong Kong, a city that enjoys an insatiable appetite for education and a growing thirst for the arts. Not only the desire to share and transmit, but also the opportunity to establish a profound connection between the brand and an emerging discerning market, not to mention also strengthening its relationship with its existing admirers.

An educated move from a brand that flourished, and has not only endured but triumphed, as the result of a strong and loving relationship. By Mercedes Hutton