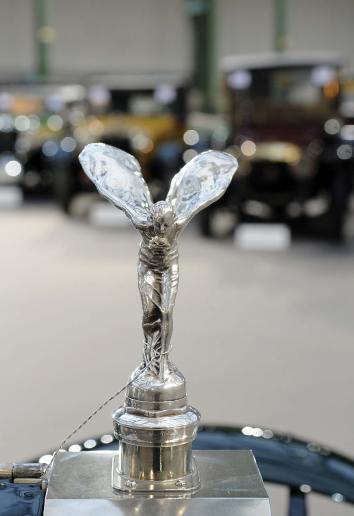 [dropcap size=small]A[/dropcap]rt, watches and fine wines have previously satisfied the appetite of wealthy Asian collectors but many are becoming interested in acquiring classic cars as a parking place for their cash.

Recent sales of some Rolls Royce motor cars have broken through seven figures with the recent Les Grandes Marques Du Monde at the Grand Palais in Paris moving over 15 antique versions of the world’s most coveted car for prices in excess of 100,00 euros.

The next major fine antique car sale takes place on June 27 at the Goodwood Festival of Speed and the star of that show will be an Aston Martin concept car called ‘The Atom’, which made its debut in 1939. The car features a fully patented, lightweight body and tubular spaceframe chassis structure with lightweight aluminium body panelling. It has a Cotal electromagnetic semi-automatic gearbox, which was the forerunner of the modern ‘paddle’ that has now become ubiquitous in supercars of all shapes and sizes.

The Atom was finished and registered only six weeks after the Dunkirk evacuation in 1940 and The Autocar of that year described it as: “The future in the present…a complete breakaway from existing Aston Martins and the general run of British cars…The saloon body breaks with British car convention…see it as the comfortable, convenient sports car of the future…”.

The pre-sales price estimate for the car is “low seven figures” which is enough to tempt the ego of any petrol head billionaire, Chinese or otherwise.