Andrew Lloyd Webber made a fortune with tunes based on T.S.Eliot’s Cats but it was four legged creatures of a more muscular type that frolicked across his lawn this summer, as a famous Hong Kong brand took polo to its heart. 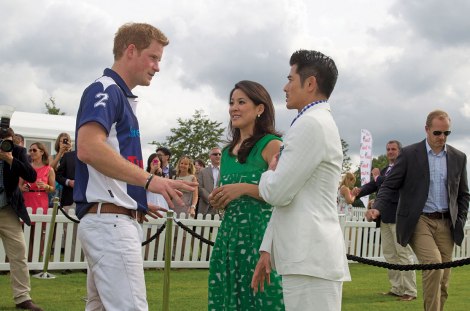 Maybe its ironic that Kent & Curwen, which was founded in London more than eight decades ago, required the deep pockets of a very modern Hong Kong-based clothing conglomerate to arrange its marriage to the sport of kings and English princes.

The idea made Kent & Curwen’s Brand Managing Director Sabrina Fung smile as she consulted me on what outfit she should wear to the inaugural Kent & Curwen Royal Charity Polo Cup. The contest, scheduled for the next day at Lloyd Webber’s sprawling Berkshire estate, had Prince Harry on the playing roster, along with Twiggy, a former Beatle wife and six titled aristocrats among the spectators.

“I can’t decide between a green dress from Vivienne Tam or something more conservative,” she said, as we sipped cool white wine in Simpson’s, a Yorkshire Pudding of a restaurant next to the Savoy.

I recommended the green, but urged flat shoes, so that the whip-sharp brain behind Kent & Curwen’s transformation from almost dead brand to emerging global powerhouse would not find herself looking de trop the next day when the divots had to be replaced between the chukkas. Others were not so lucky. Several editors thought polo must be like Royal Ascot, and thus required hats and stiletto heels. “Are they showgirls?” asked one wire reporter from mainland China as she watched incredulously while the editrices sunk into the mud.

Ms. Fung had no time to notice these sartorial errors; she was too busy meeting and greeting British royalty and its Asia equivalent, the film star Aaron Kwok and sports diplomat Timothy Fok, Chairman of Hong Kong’s Olympic Committee. Kwok expressed a fondness for horses, although he claimed to have never played polo, despite the event announcer insisting several times that the movie idol had the perfect physique for the game. Kent & Curwen also seem ideally suited to the sport, although until now they have been more strongly associated with cricket sweaters and sponsorship of the English and Australian National Cricket Teams. The brand had also been an apparel sponsor for Wimbledon tennis.

So why Polo, and why now? 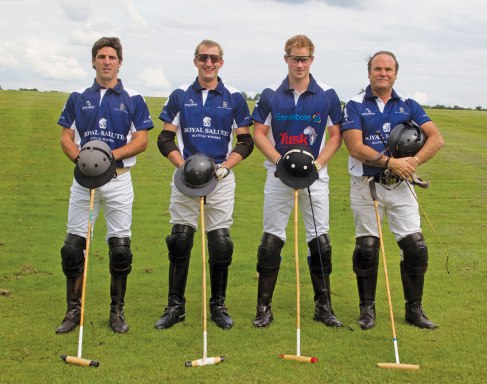 The answer is not hard to find. Clothing manufacturers have found that a sporting association can pay big dividends, with Ralph Lauren, Abercrombie & Fitch, Burberry and Fred Perry all finding gold in the locker room. It’s also forty years since Kent & Curwen sponsored cricket teams, so their connection to sport required refreshing. And what better sport to link with than one that boasts two dashing English princes among its ranks?

“He seems very intelligent and charming,” said Sabrina Fung after her exchange with Prince Harry, following his Royal Salute team’s close fought 7-6 victory over the Westcombe Group’s gallant quartet. “It’s marvellous that the Prince was involved. This event has helped us to build on our British sporting heritage and we have been able to make a valuable contribution to charity.”

The Kent & Curwen Royal Charity Polo Cup supported Sentebale and Tusk Trust, Prince Harry and The Duke of Cambridge’s respective charities. It was the mix of polo and charity that brought out a for-the-most-part very-well-heeled group to Watership Down. Among them was Hugo Campbell-Davys, the founder of the hip London webzine Urbanologie, a guide to all that is stylish.

“Polo and Kent & Curwen make a great combination,” he said.

“These days polo is far less stuffy, more people are getting involved and it has become cool. For a British clothing brand that wants to build its heritage roots, polo makes a great resource.”

Kent & Curwen saw its sales grow rapidly last year and has ambitions to expand, but not just in Asia. The US is a major target market, with the brand developing a relationship with Tommy Hilfiger and his design team. Hilfiger was seen at Kent & Curwen’s other big equestrian event, the Centennial Cup at Sha Tin racecourse last January. The US would be a natural fit, but it has been in China where the brands mixture of formal tailoring and public-school boy leisure wear has been most successful.

“Polo puts a luxury brand in front of all the right people and elevates its brand identity,”

says Xavier Beysecker, the managing director of Pernod Ricard Hong Kong, who recently hosted a dinner in the city for top polo players and others connected with the sport. “Polo is regal and it’s smart for Kent & Curwen to see the potential in that tie-up.”

Beysecker’s Hong Kong dinner was aimed at developing a plan to bring a polo field to Hong Kong, where the sport has not been played for decades. Maybe that’s an idea for Kent & Curwen to consider. After all, a royal polo match on the shores of Victioria Harbour would truly be an event to turn Sabrina Fung’s rivals green with envy. 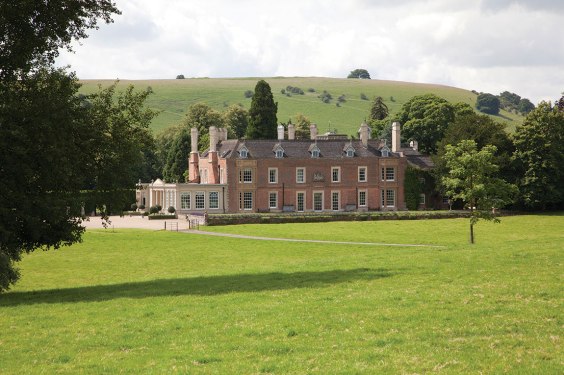