The black market for gold in china now sees up to 100 billion yuan worth of trade every year. The world’s most precious metal may seem like a great investment, but beneath its shining surface is an industry in ethical turmoil, writes Avril Groom. 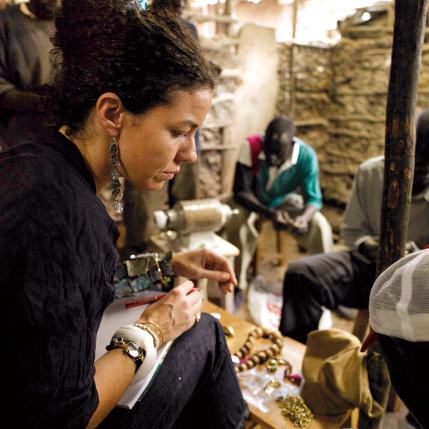 On a slightly grainy video of a bleak desert landscape with a few squalid shacks, jewellery designer Stephen Webster stands looking dismayed and wiping away a tear as he watches two small children playing in a pool of muddy, dirty water. “What I’m seeing here makes me realise we have to do something,” he says on the voiceover. “These people’s lives are wretched – the poverty, the ill-health… these children are playing where the dangerous mercury from the mine is dumped. There’s nowhere else for them. Their families come here because they want a better life, but mostly it’s just a vicious circle of poverty they can’t escape from.”

Webster is a go-to man for Hollywood stars and rock chicks (and guys) wanting tough-glam, in-your-face, slightly Goth jewels, and he has even more serious credentials these days with his additional role as creative director of Garrard, one of London’s oldest jewellers and Crown Jewellers to generations of British monarchs. Yet here he was, visiting small-scale mines in Peru to see the hard conditions miners endure, in his new role as poster boy for the Fairtrade Foundation’s Fairtrade and Fairmined gold, launched in London in February. When one of the most fashionable jewellers in the world starts campaigning for ethical gold, you know it’s a hot issue. He had experience of large-scale mining but was dismayed by the hardship and pollution involved in unregulated, small-scale and artisanal gold mining, which made him determined to add his high-profile voice to those of the campaigners who have been working to establish Fairtrade gold for fifteen years, joining other designers such as Pippa Small, who has worked with tribal artisans for years and fully-certified ethical gold for four years. Webster has now designed a small range of certified Fairtrade engagement and wedding rings, from Fairtrade mines where conditions contrast with those at the unregulated mine he filmed.

The launch comes at a critical time for the gold industry. In an era of global financial and political instability, gold is seen more than ever as a safe haven, with a resulting inexorable growth in value – from $300 an ounce to around $1500 in not much more than a decade – that has had a number of consequences. Gold jewellery and watches have become ever more desirable both as investments and outward symbols of wealth and success – the industry used a record $92 billion dollars’ worth of gold last year. Now, partly because industrial-scale gold production cannot be expanded quickly, there is a modern gold rush among small-scale miners. Whereas the classic nineteenth century gold rushes were confined to places like California or the Yukon, this one is virtually global.

Impoverished people in a whole slew of third-world and emerging countries across South America, Africa and Asia are equally aware of gold prices, see the metal as a means to make a living and do not have the luxury of being fussy about working conditions. Estimating the numbers involved in small-scale mining is very difficult – the Fairtrade Foundation’s launch report reckons a total of about 15 million people worldwide, with families and ancillary services taking the total of people dependent on artisanal mining to around 100 million.

The report is very timely – just as the African wars of the late 1990s put the focus on blood diamonds and forced the gem industry to introduce a rigorous self-regulation policy in the form of 2003’s Kimberley Process, now the spotlight is on gold and how ethical and responsible it is, and the Fairtrade and Fairmined gold launch has given the subject practical expression.

Ethics, the environment and corporate social responsibility have become big issues in society in general in recent years, and ones on which the luxury goods business has apparently acted slowly. In fact, most companies have made strides, particularly in their own environmental practices, but they do not make much noise about it for one good reason. As someone involved in a small luxury organic goods company said to me recently, “The big luxury groups are so vast and under such scrutiny that if they put a foot wrong they will be pilloried. Better to say nothing abut their practices, even when good, than to darn the moral high ground and then someone unearths an under-age worker in one of their suppliers”. Add to this the fact that, despite major efforts to improve working conditions and environmental effects at industrial mines, the industry remains very complex and involves many stages, and one can see why this is an issue that a number of major brands are not prepared to comment on. 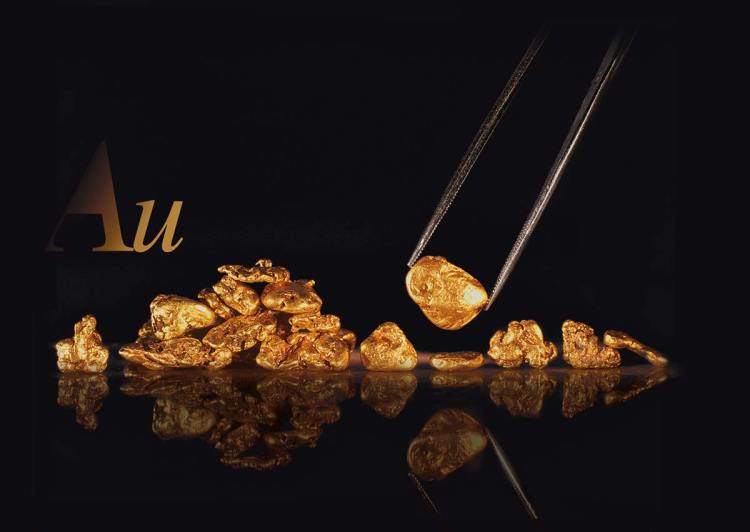 Industrial-scale gold mining too is now under scrutiny over issues like working conditions and environmental impact, and the largest luxury groups, such as LVMH, which use a lot of gold now have stringent corporate social responsibility policies that anyone can find on their websites-strict guidelines by which they now work, including codes of conduct for suppliers covering everything from health and safety through child labour to environmental management and what is often given the umbrella term “responsible gold practice”. For example, as a leader in gold and jewellery watches, Paget is a prime mover in this area and says it “has decided to reduce impact on the environment by ensuring that we use raw materials that have been extracted and processed according to the strictest standards and by implementing strong company ethics”, a stance which it believes enhances its brand image.

It is a founder member of the Responsible Jewellery Council, whose growing influence now encompasses some 270 firms including many of the biggest names in luxury jewellery and watches and which held a major conference at this year’s Basel Fair, highlighting the issue at the heart of the business and promoting a new Chain-of-Custody initiative that aims to determine the origin of gold In the supply chain, in line with the US’s Dodd-Frank Wall Street Reform Act that came into force this spring. “Our membership, which has grown from 14 companies in 2005, has a clear commitment to adhere to our code of practice on ethical, human rights, social and environmental practice,” says Council CEO Michael Rae. “This makes good sense as consumers across the world, especially the young, increasingly care about the products and services they buy, about where and how they were made.” Vartkess Knadjian, CEO of Backes and Strauss and as both a diamond dealer and watch manufacturer, someone involved in al aspects of the precious metals and gems industry, says he is very proud of the way the industry has regulated itself and opened up since the blood diamonds issue.

All the major producers have strict compliance measures that enable us to guarantee we are getting safe, clean metal and stones. Issues do crop up-like recent Zimbabwean diamonds-but they get picked up and the system gives peace of mind to both retailers and consumers. For gold, we do not go to the mine but to established refiners who have strict practices and are totally transparent. That said, any industry has risks and a very small percentage of unethically-traded material probably does get through “. 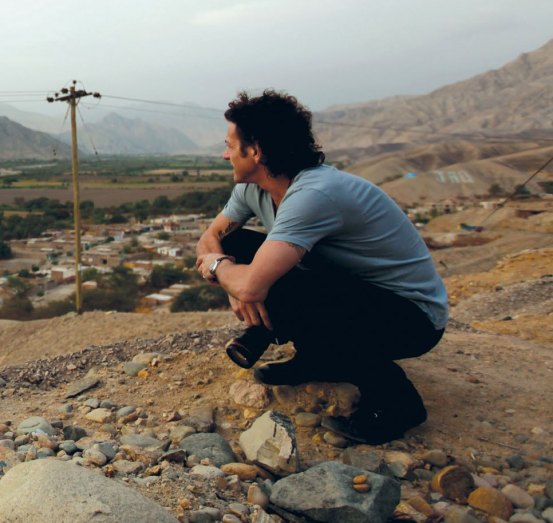 Sustainability commentator Jem Bendell estimates the amount of “bush gold” in the main market at five per cent, but this is an underestimate according to Greg Valerio, founder of Cred ethical Jewellers, who has been promoting ethical metals for fifteen years and is one of the architects of the Fairtrade gold initiative, which he believes has a great future”. It is the only guarantee of transparency and traceability, from mine to retailer, in the gold industry,” he says. ” It is structured so there is no incentive to cheat.

“Small agrees”. There is a Fairtrade gold stamp on pieces from certified mines and a detailed paper trail following the gold from mine to shop.” she says. It is, Valerio admits, on a tiny scale as yet. Those 15 million artisanal miners may form 90 per cent of the industry’s workforce but they only produce 10 per cent of the gold. So far only a handful of mines in Colombia, Bolivia and Peru have been certified and this has taken years but it makes a huge difference to the miners’ lives. “They are organised into groups so they can sell gold in larger quantities and go straight to refiners rather than going through middle men who often cheat them, even with fiddled scales.” he says. “Between them they can buy larger amounts of equipment and get better prices. They also have support from NGOs and charities, and once they are certified for Fairtrade there is a 10 per cent premium that helps them invest in Welfare measures.”

This aspect helped clinch Webster’s involvement. “The chemicals that miners use, mercury and cyanide, are very damaging to health and the environment, and at the bottom end there is no regulation at all.” he says. “I even saw kids playing with it. But cyanide can be quite safe when used properly, and the premium helps miners’ groups buy the necessary equipment.” There are other methods which involve neither chemical, and miners who pratice these get another five per cent premium under the Fairtrade scheme. Small has been working with Fairtrade gold frorn Cotopata in Bolivia for four years. A former anthropologist, she was, she says “always aware of the exploitation and environmental effects of large-scale mining. So I set out to work with tribal and artisanal people to help them and raise awareness”.

She has since worked with the Batwa pygmies of Rwanda, the Kuna Indians in Panama, the inhabitants of the Kibera slum in Narobi on a project with pioneering ethical Jewellery firm Made and with the Turquoise Mountain charity in Afghanistan, in addition to the Bolivian gold. “The premium goes to the local community for health, education and safety.” she says. “This is a wonderful change from when communities were exploited and left with damaged, toxic land. This is the only way forward for mines, and hopefully large scale mines see there is a market for ethical gold and alter their practices too.”

Seeing such improvement, more artisanal miners in South America are keen to join, according to Valerio, and the Foundation is already working with miners in Africa, with eventual plans for Asia too. “I believe that in five years’ time, Fairtrade will account for up five to seven per cent of gold Jewellery and watches in Britain, where we are very ethically conscious,” he says, “though in some countries it will take longer”.

Webster believes the Fairtrade mark and certificate will make “an already emotional purchase even more special” and believes changing attitudes will give ethical gold added cachet long-term. He is currently absorbing the extra costs involved, but the Fairtrade Foundation’s report found that a quarter of customers would be prepared to pay more for guaranteed ethical items. Knadian points out that “there are still areas of the world where people don’t care about provenance as long as jewellery looks fabulous”, but Gregorio is encouraged by the way “China, as the biggest market, still copies Western trends and if we start to view traceability as important perhaps they will too.” He has serious doubts about whether big luxury brands’ commitment is any more than window dressing – “Cartier recently announced an ethical gold strategy with a Honduras mine to minmise environmental effects, but it produces less than five per cent of their gold”. But if, as Rae claims, “there is a new consumer mindset of caring about the origins of products”, only lack of supply may impede the advance of ethical gold, and if the campaigners are right that will change too – one day it will be the norm. 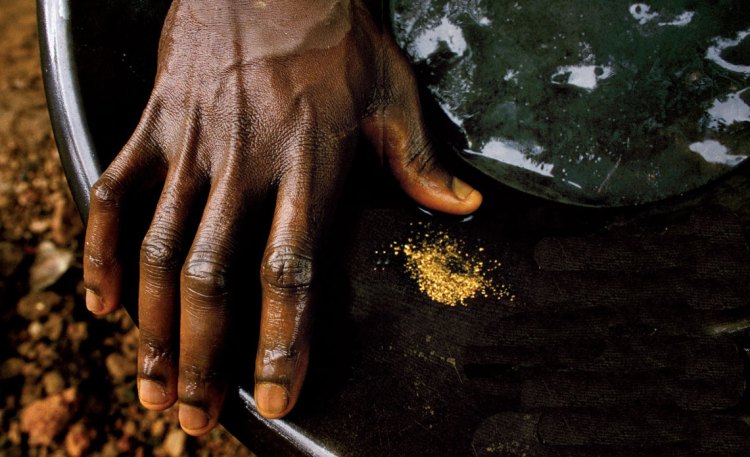