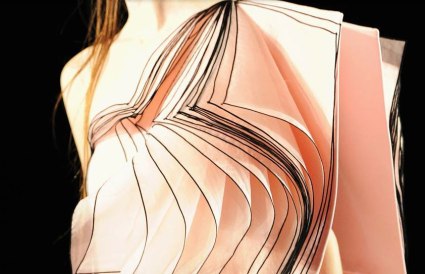 The Fashionable Truth‘s Daniel Jeffreys has been a huge fan of Christopher Kane since the moment the two first met in Milan, where the young designer was unveiling his third Versus collection for Donatella Versace. In an interview between the two that took place in September 2010 Kane said of his meteoric rise, “I do feel pressure, but pressure keeps me focused and grounded. I was brought up by a tough mum and dad who kept me honest and made me work. Work is good. I am like a good Presbyterian with a Scottish ethic, like one of the Victorians.”

Jeffreys once advised LVMH boss Bernard Arnault that Kane would be the perfect replacement for John Galliano at Dior, but since then the Central St. Martins’ graduate’s eponymous brand has been bought by Kering. With the 31 year old designer’s work now underwritten by the owners of Gucci and Bottega Veneta he has become the man to watch, at least by those who think about fashion as an expression of aesthetic philosophy as opposed to an opportunity to post blurred images on Instagram.

We are thus delighted that of all the Fall/Winter 2014 shows viewed by Tank magazine’s fashion director Caroline Issa the one that she singles out for praise is Kane’s, which she describes as a confection that continues “to thrill and surprise long after the fashion circus has rolled out of town” posing “a major threat” to her savings account.  The bank balance of many a fashionista will soon face a new assault because Kane has announced plans to use Kering’s cash to open a full range boutique on Mayfair’s Mount Street, where his “universe can be fully explained in his own terms.” Rock on Chris – you are the man.