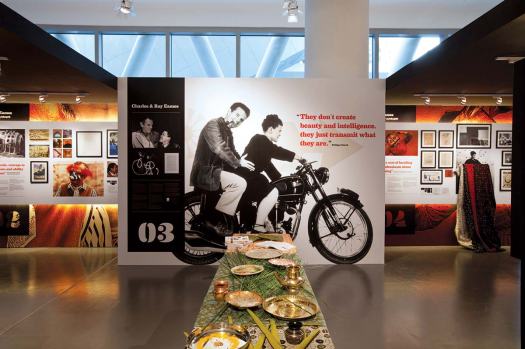 The Eames exhibition gallery at HKDI

The work of Charles and Ray Eames made life easier. Their chairs are comfortable and beautiful, their films explain the way the universe works and the splints and stretchers they invented helped save lives during the Second World War. And, for those who knew them well, it always seemed like their work came in a natural flow, as if creativity was, for them, as breathing is for most other people. Philippe Starck put it thus, “They don’t create beauty and intelligence, they just transmit what they are.”

The Eames name is still most commonly associated with the chairs sold by the Herman Miller company, but a new film about the couple Eames – the Architect and Painter, which opened in New York on November 18, argues that their characteristic mix of the practical and the aesthetic has left traces in nearly every aspect of contemporary life. The same aesthetic was very clear in the exhibition Essential Eames, which finished its run at the HKDI on December 2nd 2011.

“Charles and Ray did not obsess about style for style’s sake. They didn’t say their style was curves, so everything had to be curves,” says Eames Demetrios, the couple’s grandson and Director of the Eames Office, which preserves and extends the work of his grandparents.

Charles Eames was trained as an architect. Ray Eames, his second wife, was an artist, and together they ran a design studio in California that was a hive of creativity. Charles arrived in Santa Monica during the 1940s from Michigan, and his migration from the industrial Midwest to Southern California was part of a larger cultural and aesthetic shift. The house that he and Ray built in Pacific Palisades, with its simple, boxy shapes, abundant light and whimsical ornaments was a domestic temple for a new, less austere kind of Modernism, one that joined a streamlined, functional, practical style with bright colours and pleasing shapes.

Their motto was “the best for the least for the most” — a characteristically pithy statement of a utopian ideal of capitalist mass production. The idea that striking design and sound craftsmanship could be available to everyone has an obvious democratic charm, but it also contains a paradox. The Eameses, who had long-lasting contracts with Westinghouse, I.B.M. and other large corporations, were selling the notion that individualism could not only coexist with commercial standardisation, but that idiosyncratic expression could also flourish within the collective rituals of consumption. The stuff you buy, if it’s the right stuff, is part of what makes you what you are.

Their own eccentricity turned out to be a great asset. Charles, tall and tousle-haired with a trademark bow tie and a professorial air, was both awkward and charismatic. Ray, with her bangs and old-fashioned dresses, is described by one colleague as “a delicious little dumpling”. 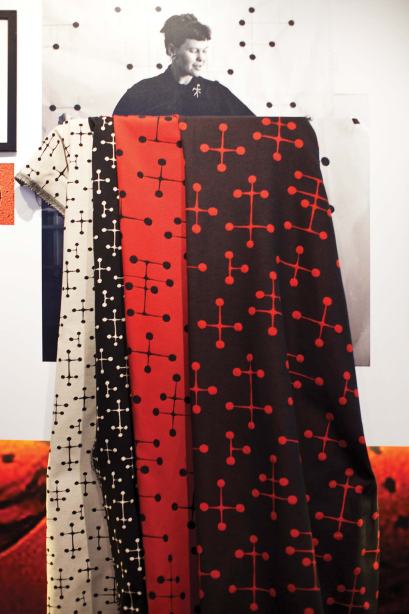 In archival footage that takes up a large part of Eames they look captivatingly odd and much about the way their relationship developed has an eccentric cast. Charles had been married before he met Ray and divorced his first wife in 1941. Shortly after he wrote to Ray, saying
“I am 34 (almost) years old, single (again) and broke – I love you very much and would like to marry you very soon. I cannot promise to support us very well – but if given the chance will sure as hell try.” The letter finishes with a sketch of a hand and an arrow pointing to the ring finger, asking for its size.

How could she resist? They married and made their move to Los Angeles, where they would live (very well) for the rest of their lives. Not that everything was sweet kisses and violin music. Eames did not share credit. His name alone went on the studio’s products. And though Ray was his equal partner and indispensable collaborator, the sexism of the age pushed her, at least publicly, into the margins.

Eames includes an appalling, hilarious appearance the two of them made on The Arlene Francis Show, in which the chipper hostess took great pains to keep Ray in her silent, subordinate place, making Charles the reluctant centre of attention. Later their marriage was tested by his infidelity, and their partnership was weakened by a loss of common creative purpose.

All of which is to say that they were human, and the most gratifying thing about Eames is that it shows, in marvellous detail, how their work was an extension of themselves and how their distinct personalities melded into a unique and protean force.  Their creativity was such that at times it is hard to keep track of everything the Eameses were making – furniture, house wares, films, exhibitions, they were all in the mix. But the scale and variety of the enterprise also establish them as precursors of digital culture, which combines technology with handicraft, and layers information and images into what Charles Eames called (meaning it in a good way) “information overload”.

The Herman Miller Company continue to manufacture many of the iconic Eames pieces and Eames Demetrios oversees the process of improving upon the legacy that his grandparents left behind.

“They found a human connection in everything,” he says.

“For them a designer was like a good host who always anticipates the needs of his guest. The design process for Charles and Ray never ended at manufacturing. They were always trying to make things better.”

Charles Eames died on August 21 1978, Ray died in 1988, ten years to the day after her husband. Next year would have been Ray’s 100th birthday and the milestone will provide another opportunity to celebrate the couple’s work, a process that is likely to continue for as long as people like to sit in chairs.

“They demanded the honest use of materials and they never delegated understanding,” says Eames Demetrios. “But their humanity is the most important legacy in their work. Their advice was to take your pleasures seriously and that’s just another way of saying that this is the age of choices and every choice we make has an impact.” 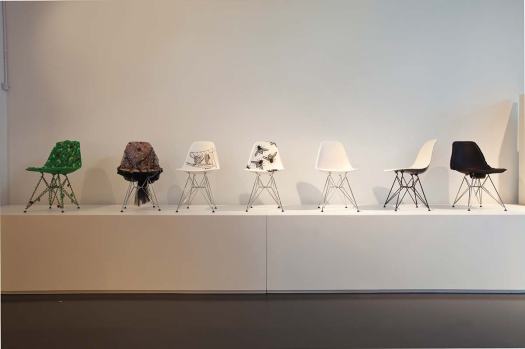