The Ai Weiwei Museum Of All Of Our Dreams Is Coming 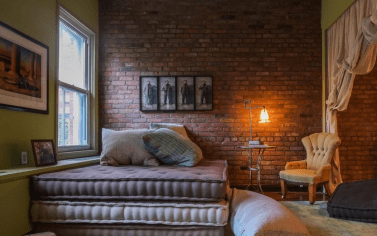 It’s a famous story in Christopher Tsai’s family, of his grandfather, who had flown in for a visit in the mid-1960s, demanding an explanation for “that thing on the ceiling.”

The “thing,” dangling from the Tsai family home in Connecticut, was a mobile. Not just any but an original Alexander Calder, owned by Christopher’s dad, the legendary financier, Gerald Tsai. Grandpa Tsai was “very disturbed,” Tsai recounts, “that my father would spend so much money on what to him looked like scrap metal.”

In hindsight, the mobile’s cost — $50,000 — was nothing. Today Calders set records, selling in the tens and hundreds of millions. Many of the airy contraptions passed through Tsai’s father’s hands — he became a great collector not only of Calder but of Joan Mitchell, whose works he scooped up at “nothing near the prices you see today.” Read more