A new wave of super-rich art lovers are spending hundreds of millions on extravagant museums — privately owned, but open to the public. Christina Ruiz reports. 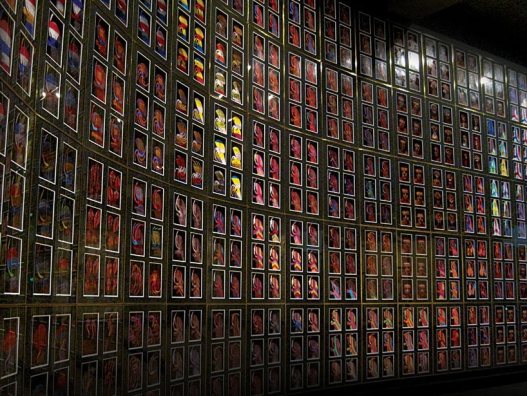 Work at Mona by Sidney Nolan

[dropcap size=small]T[/dropcap]he journey begins with a descent into darkness. First you wind your way down a spiralling ramp 50ft underground. Then you follow the contours of an ancient limestone cliff, leading to the antechamber of the most astonishing art gallery in the world — freshly built, at vast expense. Laid out in front of you is a warren of darkened rooms full of works that shock, disgust and delight in equal measure.

You’ll come across a life-size sculpture of the mutilated corpse of a suicide bomber cast in chocolate. The American artist, Stephen J Shanabrook, based his work on a press photograph of a Palestinian teenager whose head, right shoulder and right arm were the only body parts to withstand the blast of his bomb; these have been rendered in gruesome detail.

There is an installation by the Belgian artist Wim Delvoye that mimics the human digestive system and produces excrement apparently indistinguishable from our own in appearance, smell and chemical composition. The machine is fed twice daily; the food passes through a series of interconnected glass chambers suspended from the ceiling, where it mixes with fluids simulating intestinal juices. At 3.30 every day, “poo” is removed by a museum attendant and flushed down the toilet. 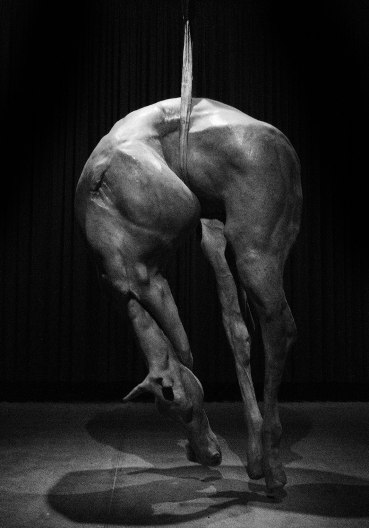 Welcome to the Museum of Old and New Art (Mona) in Tasmania, a stunning underground fun-house of displays intended to provoke, entertain and provide visitors with the thrills of a “subversive Disneyland” — in the words of the man who conceived, paid for, and now presides over the gallery: professional gambler David Walsh.

With its 6,000 sq metres of display space over three floors, £65m collection of western antiquities, Australian modernist paintings, international contemporary art and a programme of high-calibre exhibitions, Mona is a flamboyant new arrival on the international museum scene.

The building itself, which cost £48m, is the fruit of gargantuan architectural ambition, executed by the Melbourne-based architect Nonda Katsalidis, who had to remove 60,000 tonnes of earth and limestone from the side of a cliff before construction could even begin. Arrive by road and Katsalidis’s spectacular creation is nowhere to be seen. It is only if you approach by boat along the river Derwent that the structure’s concrete lattice facade rises up to greet you.

The grandeur of Walsh’s vision is matched by a handful of other super-rich collectors who are now building museums around the world. These men and women are reshaping landscapes and spending tens, sometimes hundreds of millions of their own money to turn their visions into reality.

Most are billionaires several times over, whose vast fortunes have hardly been dented by the global recession.

They include the fourth-richest man in the world, Bernard Arnault, chairman of the French luxury-goods conglomerate LVMH, who commissioned Frank Gehry to design his museum on a plot of land alongside the Bois de Bologne, opened in 2013. Other super-museums are expected in Los Angeles and Shanghai. 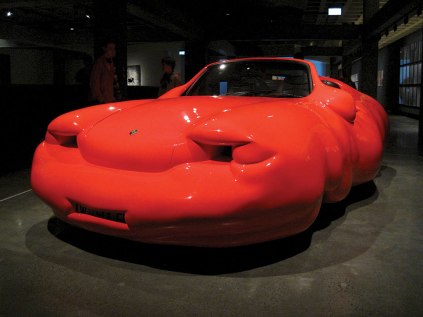 Not since industrialists such as Solomon Guggenheim and John Paul Getty built museums in their name in the mid-20th century have we seen an era of private museum construction on such an epic scale.

If David Walsh did not exist, you would have to summon the imagination of Ian Fleming to invent him. It’s not just that he’s built himself an underground palace as elaborate as any Bond villain’s, it’s also his air of slightly demented genius. With his shoulder-length grey hair, slogan T-shirts and ripped jeans, Walsh, 50, looks like an ageing rock star, but you wouldn’t be too surprised if he suddenly revealed a plan to take over the world. A mathematical savant who was raised by his single mother in a council house in Glenorchy, a working-class district of Hobart, the Tasmanian capital, Walsh dropped out of university to count cards at blackjack.

“That stuff is easy,” he tells me over lunch in the restaurant overlooking the Derwent river at Moorilla, his estate north of Hobart. “Anyone can do it.” Today, Walsh is one of the world’s most prolific punters, betting about £500m every year on international sporting events. But even he says he has limited ready cash at the moment and has had to borrow to build Mona.

Walsh describes himself as a “full-on secularist” who believes in Darwinian readings of human behaviour, and he is straightforward about his motives for buying art and putting it on show. “Most of what we do is just about generating attention, particularly in the case of men who are just trying to get laid. Women are, too, but men are much more up-front about it.” The money he has made has “evolutionary value”, he says, because it makes him “appear more attractive” to women.

As a teenager, he says, he was a geek who couldn’t get a date, but now “I f*** a lot”. This he does with his Californian-born girlfriend, Kirsha Kaechele, 35, a curator he met at an art fair in Switzerland five years ago. She moved to Tasmania a year ago.

The themes of Walsh’s art collection are “sex and death”, and these are explored through some of the best-known art works of our time. Included in the gallery is Chris Ofili’s Holy Virgin Mary, the canvas decorated with elephant dung and tiny images of vaginas, which caused a political storm when Charles Saatchi’s exhibition Sensation travelled to the Brooklyn Museum of Art in New York in 2000.

Mayor Rudolph Giuliani called the Ofili painting “sick stuff” and blocked the Brooklyn Museum’s city funding when Sensation opened. Eventually a federal judge ruled against Giuliani and restored the museum’s money, but not before the National Gallery of Australia in Canberra — which was supposed to host the exhibition next — cancelled as a result of the controversy.

Thanks to Walsh, who bought many of the show’s signature pieces from Saatchi, Australians have finally been able to see what all the fuss was about.

The current contemporary art boom really began in the 1990s, and the trend has accelerated in the past decade. From London, Berlin and Moscow to Sydney, Beijing and New York, the very rich are buying art and flaunting it like it’s a competitive sport. 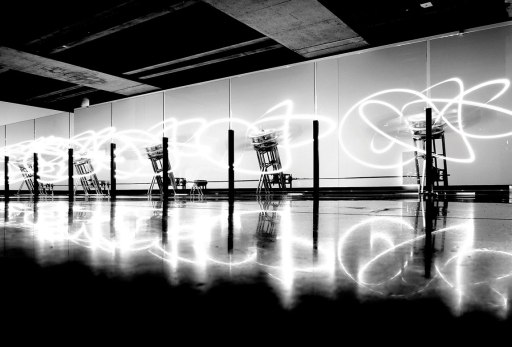 Everyone is doing it. Even George Michael opened a space in Dallas with his former partner Kenny Goss to show their collection of work by the YBA generation.

What differentiates Walsh and a few others from the great mass of collectors is the scale of their ambition.

More than 9,000 miles from Tasmania, another collector is bringing contemporary art to a public that has never seen it before.

The appetite for these works in Ukraine has proved to be as enormous as it is in Tasmania: nearly 1.2m people have visited PAC in its first five years, 60% of them aged between 16 and 30.

“Our society, especially young people, accepted contemporary art in a great way, in an unexpected way,”

says Victor Pinchuk, a steel magnate worth $4.2 billion who funds the gallery and has put himself at the centre of efforts to modernise Ukraine.

Pinchuk, 51, is a smart, savvy, sharply tailored political operator who hangs out with former American presidents, rock stars and artists and has teamed up with Tony Blair’s Faith Foundation. He believes nothing, bar scientific innovation, has a greater impact on society than art. “I absolutely believe that contemporary art is one of the most revolutionary forces in the world, and it works, I am absolutely sure.”…Read more in Quintessentially Asia.