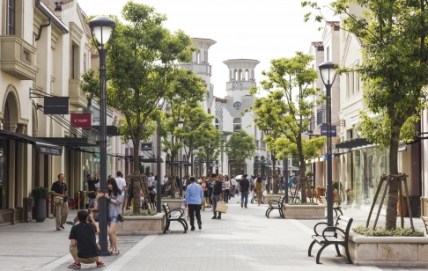 Lower prices are one of the factors driving mainlanders to shop for luxury goods abroad, which is why outlet malls in Europe and the US have become a top destination for travellers.

But for the tens of millions of mainlanders without a passport, a new form of retail therapy has emerged on home turf: outlet malls, or “villages”, that offer shoppers more than just affordable designer goods.

Designer outlets have existed in the US since the 1970s and the mainland has been slow to catch on, until now.

“Outlets have existed in other Asian markets such as Japan and South Korea, but the tendency was to rebrand an old building as an outlet, and just bring in grey merchandise [parallel goods],” says Dan Kelly, president of The Outlet Company, which operates Shanghai Mega Mills.

“In China, we are seeing a new generation of outlets that are modelled on global standards and that are way more sophisticated. They are designed to elevate the shopping experience so that it’s comparable to how brands position themselves in full-price models,” he says.

While many of these outlets are similar to their Western counterparts in size, they are aimed at completely different customers. Their core customer group is locals and day tourists from nearby towns who are looking to do more than simply shop.

“When the Chinese visit [British outlet] Bicester, they come armed with a list, and are targeting a set of major brands they are familiar with. It’s more of a mission,” says Mark Israel, CEO of Value Retail Management China, which just opened Yi Ou Lai Suzhou Village. “They are more open to trying other things here – they are committing more time and they want to be surprised. Read more.