IWC continues its expansion in Asia despite downturn in watch sales

In June 2009, the world’s economies were battling the effects of the global financial crisis. shopping for a luxury watch wasn’t a priority for many. Maria Incles writes.

[dropcap size=small]Y[/dropcap]et, Swiss watch manufacturer IWC Schaffhausen committed itself to opening a flagship boutique in Hong Kong, despite plummeting consumer spending. Moreover, it would be a controversial maison of a kind never before seen in the city.

It was to be a bold launch. None of IWC’s 25 other stores worldwide – except the one in Schaffhausen, the tiny old town where the company was established and is still headquartered – offers such a revealing insight into the brand and its values.

The question back then was, would the gamble pay off? Furthermore, the company’s classic collections are dedicated to visionary men-of-action, explorers and mariners. How would they appeal to consumers in the young and still-evolving Chinese luxury consumer market?

Surprisingly perhaps, one can find the first clues to IWC’s success by stepping outside its Hong Kong store and surveying the surrounding landscape.

Although rich in history, the city is notorious for having few historic buildings. The Chinese preference for modern architecture has seen older edifices swept away and replaced with a crowded skyline of skyscrapers and shopping malls.

Yet, in the heart of fashionable Tsim Sha Tsui, at the tip of the Kowloon peninsula, stands an impressive three-storey white colonial building that dates back to 1881. For 115 years, it served the British Crown Colony as the Marine Police Headquarters. In 2008, it was reopened as a redeveloped “heritage tourism facility”. And it’s here at 1881 Heritage, rather than in one of the many high-end shopping malls dotted throughout the district, that IWC chose to open its flagship boutique. 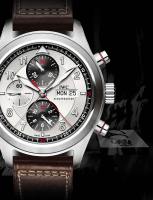 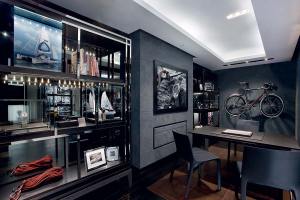 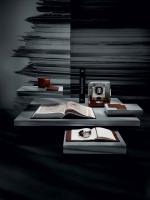 1881 Heritage attracted mixed reviews. Westerners harped on about the site’s commercialisation. It seemed those critics would prefer heritage to be appreciated in a more staid manner. The fact that the development highlighted various features of the former police headquarters – for example, by giving people the chance to sit in old prison cells in what is now the Mariner’s Rest pub, or to enjoy a pizza in the former horse barracks, now transformed into the Stables Grill – was lost on them.

Each collection offers visitors an emotive insight into the brand, and the stories behind the product lines keep both watch enthusiasts and their obliging partners equally entertained.

What nobody could anticipate was how Chinese visitors would respond. Fast forward to 2011. The ten suites designed around different eras of China’s history at 1881 Heritage’s Hullett House Hotel are fully booked. Tourists take turns throughout the day to pose for photos on the grandiose wide steps that lead up to its entrance. Mixing a nod to Hong Kong’s heritage with consumer frivolity, 1881 Heritage has become the city’s most unusual luxury tourist and shopping experience.

And it was here, on the ground floor, that IWC chose to launch its third Hong Kong store – the IWC Flagship Boutique.

Entering through its neoclassical façade, one is struck by the store’s continuum of the inspired 1881 Heritage experience. Unlike other luxury watch outlets, including IWC’s two other outlets in Hong Kong, this establishment is more than just a retail location for the company’s much-coveted timepieces. It is also an expression of its core values, innovation and engineering excellence.

The dark wooden floor panels and custom-made, recessed glass display cabinets seem to radiate the aura of an exclusive members’ club. Friendly staff members greet visitors in Cantonese, English or Putonghua, then leave them to explore the store for themselves.

The Classic Lifestyle Wing houses the traditional watch families: the Da Vinci and Portuguese collections. Meanwhile, the Sports Lifestyle Wing is home to timepieces designed for more rugged use – the Ingenieur, Aquatimer and Pilot watches…Read more in Quintessentially Asia.