The Fendi gene under the direction of SilviaVenturiniFendi, the fashion house created by her indomitable grandparents has produced some of the most coveted accessories in the world. It’s all in the DNA – and the fur. Sophie deRosée reports. 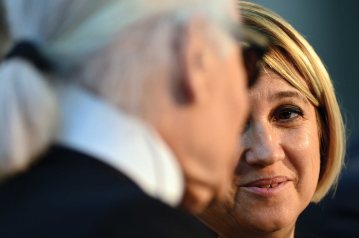 Sitting in her office, aka the 17th-century Palazzo Fendi in the heart of Rome, Silvia Venturini Fendi is explaining that she has effectively been at fashion college since the day she was born. Now in her fifties, she represents the third generation of the Italian female fashion dynasty and is the only member of the family still working at Fendi, which was acquired by the luxury-goods giant LVMH in 2001.

She is the creative director of accessories, menswear and childrenswear, while her long-time collaborator Karl Lagerfeld, who joined the house in 1965, designs womenswear and furs. Despite being in recovery from a post-Fashion Week bout of flu, Venturini Fendi is upbeat, recounting colourful stories of a childhood among matriarchs: her grandmother Adele (who founded the house with her husband, Edoardo, in 1925), mother, Anna, and four aunts, Paola, Carla, Franca and Alda.

Though she admits to being scared of her authoritarian grandmother, who died in 1978, Venturini Fendi has inherited some of Adele’s traits: her particular taste and her sense of style. Adele wore nothing but blue, right down to her jewellery (sapphires only) – even the decor in her bedroom. Today Venturini Fendi is dressed head to toe in black, save for an array of her daughter Delfina Delettrez’s jewellery. The only deviations from her Fendi wardrobe (‘They have all of my measurements, and I never try anything, so everything arrives. It’s a dream’) are papal shirts bought from the Vatican. Even her shoes are unique: she wears only one style, in black, made by an in-house cobbler. ‘My personal style is basic but good quality. That’s it, I’m fine like this. In 10 years I will still be like this.’

Growing up among Adele and the legendary five Fendi sisters was an education. Venturini Fendi was always in and out of workshops and offices, watching the sisters working ‘like crazy’. They were unstoppable within the house, but outside it was still a man’s world. Russian fur auctions were a closed affair, so they sent men to buy their fur. Many have documented the sisters’ infamous infighting, but Venturini Fendi is only complimentary.

‘They are five very different women, both physically and in their attitudes. When they used to work together, they saw the problem from different angles, so it was very creative. Things took longer to achieve, but it made me grow up with a very open mind and the ability to listen to lots of very different opinions. They trained me to be as strong as they are.’

In her teenage years Venturini Fendi (the Venturini comes from her father, who died when she was young) was the wild child of the Fendi clan, a queen of the Roman social scene along with her sisters, Ilaria and Maria Teresa. Did she have moments of rebellion? “Of course. I tried to escape my destiny.” She travelled extensively and lived in Brazil with her then partner, Bernard Delettrez, the father of two of her three children, Giulio, 29, and Delfina, 26.

The day she had her first child she accepted her destiny. Missing her family, she moved back to Rome, and since officially joining the company in 1987 as the head of the junior Fendissime line, she has surpassed her predecessors’ success despite having no formal training. The education paid off.

Fendi now has over 210 boutiques, in more than 35 countries around the world. Since Pietro Beccari, the chairman and CEO, joined last year from Louis Vuitton, there has been a surge in business, with new stores opening in São Paulo, Paris and Milan, as well as a new London store this spring. In January Fendi announced its funding of the restoration of the Trevi fountain. In July it staged an exhibition in Paris of Karl Lagerfeld’s photographs of Rome’s fountains. Also in July the brand launched on net-a-porter.com. And last year it launched the exhibition Making Dreams: Fendi and the Cinema, celebrating its long-term collaboration with cinema. Then there is its digital platform, Fendi Life, a website with exclusive videos, plus Twitter and Instagram accounts. As for annual sales figures, the LVMH group remains tight-lipped. 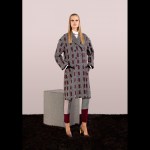 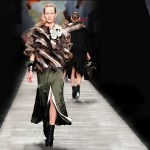 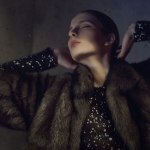 The baguette broke all the fashion rules, and Venturini Fendi changed the evolution of handbags at a time when everything was becoming more compact, from mobile phones to household goods.

“It was a big surprise, even for me,” Venturini Fendi says. “Fendi was a small family company with only five stores and the Baguette instantly became an international phenomenon, so we weren’t prepared to satisfy all the requests. We had people wanting to buy versions that had sold out, so we said, OK, let’s get their names and when it arrives we’ll call them.”

And so the waiting list was born. “Everyone in the industry thought it was a magical marketing strategy dreamt up by these magnificent women, so clever.”

Since 1997 more than 1,000 versions of the Baguette have been made, from new seasonal designs to bespoke creations, to one-offs designed by Damien Hirst and Jeff Koons. Collectors include a woman in London who owns 300, but the current record belongs to a Japanese woman with more than 500.

Fendi celebrated fifteen years of the punchy pouch with a weighty tome, including esoteric contributions from Japanese author Banana Yoshimoto; from Paola Antonelli, senior curator in the department of architecture and design at New York’s Museum of Modern Art; and from Sex and the City’s Sarah Jessica Parker. They also added two versions to the Baguette roster – a needlepoint-yourself kit, and a version in canvas with pots of paint, packaged like Hamley’s hobby finest. It’s not just furs that Fendi can have fun with.

“In this moment when we talk about normal things in fashion, a ‘Normcore’ vibe, it’s a bit what you can find at Fendi,” says Silvia Fendi, somewhat incongruously, a wall of Baguettes glittering behind her like a Russian Orthodox Iconostasis. This is a new feature of Fendi boutiques – a wall festooned with the bags, 30 or 40 at least, each in a different treatment of fabric, shimmering with embroideries and beading. The uniformity of the shape acts as a blank canvas (no pun on the painters’ kit version) perfect for that embellishment. “It’s a kind of Roman minimalism,” laughs Silvia. “If such a term could exist!”

On their spring/summer 2013 catwalk, Fendi even offered a tote with an external transparent pocket perfectly proportioned to fit a Baguette, to flaunt that decorative excess. Baguettes alone are doing swift business afresh, while their undersized descendants are populating the season’s catwalks, like Louis Vuitton’s dinky Petite Malle, Prada’s chain-slung numbers or Saint Laurent’s Cassandre.

Silvia Fendi seems gratified by the upsurge in Baguette enthusiasm, although, she confesses,

“I never stopped wearing it. Because I like to wear thing when they are off the radar. And I think people are starting to feel the same.”

Maybe that’s what she meant by that Normcore thing (although there was a glint in her eye as she said it). Besides, she says, “It’s a really clever little bag! It’s little, but it’s not little at all.” An accessory Tardis? Surely there’s room in every woman’s wardrobe for one of those? 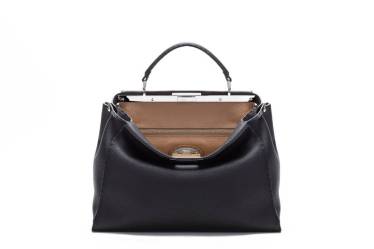 For spring/summer 2009 Venturini Fendi designed another winner, the Peekaboo bag. A return to the more classic heritage of Fendi, its shape is more structured, but with a twist of humour: the side pockets come away to reveal lining in contrasting colours, conveying the sentiment that ‘sometimes the inside is more important than the outside’.

In the fast and furious world of fashion, Venturini Fendi believes it is the house’s DNA and familial heritage that set it apart from the competition. With this in mind she has revived Fendi’s Selleria leather series, originally created by Adele in the 1920s, who admired the leather saddlery on passing horse-drawn carriages from the original Fendi shop on Via del Plebiscito. Adele was resolute in adopting the same artisanal technique for her handbags and employed local saddlers who used local Roman Selleria leather, known for its grainy texture, and hand-finished the bags with the tools and ‘ton sur ton’ stitching used on their saddles.

Today the Selleria bags are made completely by hand, using the same techniques, by a team of 30 master saddlers based in Florence. There are eight styles, known as icons, six of which have been named after a woman in the family plus the number of stitches used to create it. Four of these are updated versions of Adele’s original models: Adele 1328 is the more traditional doctor’s bag; Paola 1192 and Paola 1128 are elegant totes with rein-like leather straps across the top; Francas 2176, 2058 and 1892 are based on the classic Fendi model with a front clasp; and Carla 650 is the most practical tote bag for the day, with a locket clasp.

Venturini Fendi’s newest designs are Anna 1322, a soft, feminine top-handle tote with a shoulder strap, and Alda 326, a minimalist clutch with locket clasp. The final two icons are the Baguette and Peekaboo, which are now available in the Selleria leather and stitching. Prices start from £640 for Alda 326 and go up to £2,550 for Franca 2176. Most of the icons come in seasonal fashion styles as well as in Selleria leather.

LVMH Bernard Arnault(R), Fendi’s President Carla Fendi(C) and the president of Prada Patrizio Bertelli give a press conference in Rome in 1999

Each style reflects its namesake. ‘I know my aunt Carla is a big fan of the tote, so I said of course that is going to be hers. My mother was very happy with the Anna because it’s the newest style. Since she is the most creative, I thought that the new style is for her. Then Franca chose her favourite. Paola is more classic, and since she is the eldest I thought it was good to give her an important classic bag. Alda is the youngest of the sisters, so I chose for her the little clutch: the little one for the little one.’

New styles are in the pipeline, and there are plenty of names to go around. Adele would have more than 30 great-grandchildren were she still alive. ‘There are a lot of girls who will be proud to have their style and they can’t wait. My youngest daughter, Leonetta, is 17, and she is always asking when it’s going to be her turn.’

Yet to have her own bag is Delettrez, who dropped the Fendi part of her surname for her jewellery brand, Delfina Delettrez. She did, however, collaborate with Fendi on the fur jewellery showcased in the spring/summer 2014 catwalk show. All too aware of family pressure, it was not Venturini Fendi who pushed her into it; Beccari asked Delettrez on board, and she was thrilled. ‘It’s difficult when you’re a mother because you don’t want to push your daughter,’ Venturini Fendi says wistfully. ‘I would never say, “I want you to do something with us,” but I think what she did is amazing.’

And what about Venturini’s personal favourite Fendi bag? She must carry one. ‘No no, I’m not attached to anything. I don’t have one,’ she says. ‘My favourite bag is the next bag.’