Derek Marks is an artist who draws his inspiration from the people around him. After spending three months at the HKDI as a visiting fellow he tells Daniel Jeffreys that Hong Kong is the perfect place to find subjects for his work. 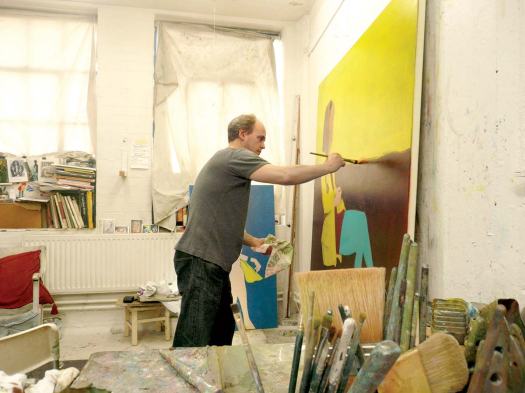 It’s 5pm on a Wednesday in a cocktail lounge on London’s Regent street and I am sipping cold white wine with Derek Marks. While we are chilled the same could not be said of a couple nearby who are engaged in a lip-locked, limb-entwined wrestling match of the sort that is best played out in private.
“I think they’re married, but not to each other,” he says, punctuating the sentence with a sly grin. “Otherwise they’d save that for when they got home.”Spend some time with Marks and it’s impossible not to notice that he has exceptional people radar and is always scanning internal space for people he might find interesting. And it’s always people, never things.“I like to draw the useless moments of life,” he says. “The moments when somebody doesn’t seem to be doing anything relevant. These are the moments they won’t remember.”Marks chooses these moments of everyday life because he feels they give him an insight into the true character of his subject.

If a detective is the one who discovers what is hidden then Marks qualifies for the title. His work, which has been exhibited at major galleries in Europe and Asia, has a profoundly cool observational quality that suggests he sees well beyond the surface of the people he draws.

“Derek’s work invites us to look in, to catch sight of, a subjective experience and to share a visual questioning about the nature of identity and identification,” says the artist and psychotherapist Rebecca Bergese. “He has a deep commitment to the tradition of painting, and so his images use the figure as a medium through which to explore the notion of a subjective self in relation to an objective identity.”

One of the best examples of this process in Marks’ recent work is the painting Carmen which was exhibited in his Girls at Play series that had its premiere at the Bicha Gallery in London last year. The piece was derived from a sketch and the process from freehand drawing to full painting shows much about the way Marks works.

“I was at a bus stop on my way back from buying art supplies and I saw this girl talking to two guys,” he says. “The guys were interested in her but she wasn’t interested. She was looking at her iPhone, and her face was so full of life. It was a joy to behold.” 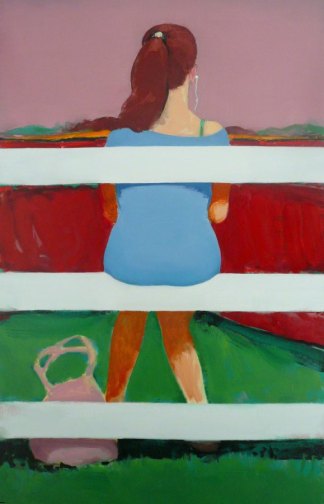 The Desire and the Pursuit of the Whole

Marks makes dozens of drawings every week but only a few become full scale paintings. And often it’s the most perfect and fully worked drawings that do not become paintings, whereas the sketches that are done in a heart beat with only a few lines are the ones that frequently become what he regards as his best paintings. Thus it was with Carmen.

“I got enough information from her face to capture something,” he says. “The whole thing became a big 5 foot by 6 foot painting. I called it Carmen because she was so spirited, like the opera and men were interested in her. As an artist I have to see the moment and not think too much.”

This was a principle Marks tried to teach the students he worked with at HKDI on a project called “Face and Façade” in which he asked them to make “head adornments” inspire by shapes in their immediate environment.

“I wanted the students to understand that clothing design doesn’t have to come from make-up or fashion but it can be derived from anything you want to invest interest in,” he says. “I wanted the students to pay particularly close attention to the architecture around them and see if they could find inspiration there. The result was some wonderful head adornments.”

Marks hopes to return for another stint at HKDI later this year. He found the bustle of Hong Kong to be a perfect place for people watching.

“My art is very heavily based on my life,” he says.
“Proust used to say that he spent as much time giving art to his life as he gave life to his art. I can’t be stuck 24 hours a day in my studio. I am inspired by what’s around me, by communicating with what’s around me. That made Hong Kong the perfect place for me.”

In common with all the fellows invited to HKDI to participate in creative programmes Marks was asked to contribute a creative work to a new archive. 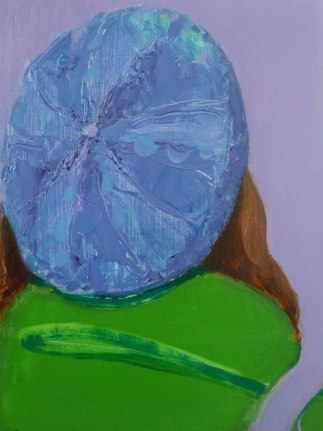 “Derek has produced some sketches for us, “ says Liz McLafferty, head of the Fashion and Image Design Department. “Previously the fashion photographer Michiel Meewis, took some images whilst he was in Hong Kong in response to his stay here.  So we are building a collection of ‘material’, which may form part of an exhibition of staff and visitors work in the future.”

Marks was happy to contribute to the archive although he was concerned that Hong Kong’s humidity would not be kind to the heavy stock paper he likes to use for his drawings. He overcame the problem by using paper that is not of such high quality and hence does not absorb moisture so readily.

“Artists have to adapt whatever they can to serve the purposes of their inspiration,” he says. “I can’t separate my life from my art that’s why everything I experience has a place in my work.”