Classy Hermès put humor at the heart of their new designs

Hermès has developed an enviable reputation for raising the bar on luxury, taking refinement and good taste to ever-higher levels, but it’s also a brand with a wicked sense of humour and nobody makes the rich laugh with more passion than Pierre Hardy.

[dropcap size=small]T[/dropcap]he New York Times called it “the latest and most extreme-slash-sparkly-slash-jaw-dropping addition to Hermès signature Collier de Chien series”.We say it’s the finest dog collar we have ever seen, but not the kind that might be worn by an impoverished prelate like Jane Austen’s Reverend Collins.
This is a studded rose gold cuff fully encased in brown diamonds, designed by the company’s artistic director for jewellery, Pierre Hardy, and it would probably cost more than Mr. Darcy’s entire estate. Not that Elizabeth Bennett would ever be seen in something as provocative as a gold cuff inspired by a dog collar – although the thought of Eliza (or indeed any of Austen’s heroines) – in six-figure jewellery pieces that have the most refined whiff of S & M is enough to set the pulse racing.

The glittering Collier de Chien is from the Hermès Haute Bijouterie collection and it represents a Wittgensteinian precision in the application of the house’s key motifs. “Inspiration is at the core ofHermès, “ says PascaleMussard, the maison’s art director.

“You could say our inspiration comes from horses, bits, and stirrups. But Pierre takes just a tiny detail from a stirrup and creates something entirely different, something that isn’t in the roots or branches of the Hermès tree. He interprets.”

Hardy has a long association withHermès. He first joined the house in 1990 to design shoes. Between 2002 and 2006 he specialised in designing bags for men. In 2001 he assumed his position as artistic director for jewelry. Although he is known for his mercurial creativity he is always quick to emphasise the importance of theHermès traditions. “For me,Hermès jewellery is inspired by the equestrian world,” he says. “People must be able to feel and see traces of this journey, of this time spent in the world of horses. In designing jewellery, I try to keep these traces, however slight they might be.” For Hardy this often means imbuing his designs with something that’s a little more powerful that the girlish twinkling of other jewellery houses.

“We can allow ourselves to be a little stronger, heavier, bigger, more masculine, more raw,”

he explains. “I think it’s good to have this feeling of strength and not just be in the realm of sparkle and shine.” Hardy is not the first Hermès designer to combine the equestrian theme with a quirky imagination. In 1971 Jean-Louis Dumas created a piece that has now been recreated for the Hermès “exceptional pieces” collection. Called Nausicaa, it’s a bracelet with a snaffle bit design and a name with an aquatic inspiration. Described as  “a sea-horse for the house of Hermès” the piece features a smoked Clou d’H quartzcabochon clasped between the rings of the snaffle. 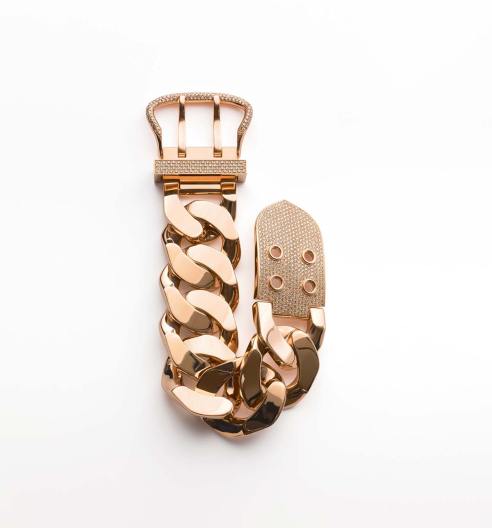 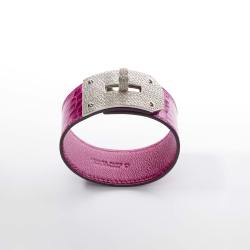 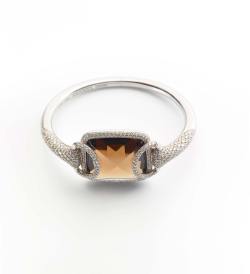 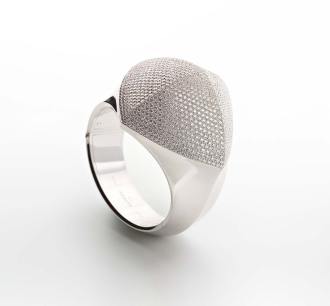 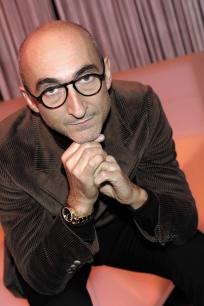 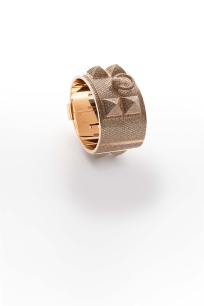 Hardy has also seen to it that the exceptional collection includes a range of pieces that draw on iconic aspects of Robert Dumas’s Kelly bag, designed in the 1930s and made famous by Grace Kelly. One rendition sees the clasp crafted in gold and diamonds to seal a broad, brightly coloured crocodile leather bracelet. It has also been used on slender bangles or yellow or rose gold, and white gold set with diamonds. All these designs have a playful character that is an essential part of Hardy’s signature.

“Jewellery is like a toy or a rattle,” he says. “It makes noise. It’s visual, tactile and, above all, pleasurable. And sensuality is expressed in a unique way according to the jewel.”

While Jane Austen was no fan of ostentation she did know a great deal about clothes and she spent time in almost every letter she wrote to her sister Cassandra (and there were hundreds of them) discussing dress or hat making. In one missive on December 18 1798 she writes, “I believe I shall make my new gown like my robe, but the back of the latter is all in a piece with the tail, and will seven yards enable me to copy it in that respect?” Struggling with the exact disposition of materials is a challenge that Hardy faces every day and, like Austen, who in this letter is asking how she can make her dress look more unique, he realizes the importance of doing things differently if he’s to justify theHermès price tag. “I like to giveHermès jewellery a carefree, disheveled look, which, for me, is one of the touchstones of French elegance,” he says. “I’m always looking for that little twist, that unexpected shape, that totally changes the way something is usually worn.” The other responsibility that Hardy has atHermès is to protect the heritage and patrimony of the house.Hermès has made its name by creating pieces like the Kelly bag and the equestriancarré that feel as if they have always been with us. These “timeless” classics may define the brand but Hardy refuses to let them cramp his creativity.

“Creation is dynamic, it’s a moment that leaves tangible traces, by chance,” he says. “You can’t tell what’s going to happen. Saying you’re going to design an object that will last forever can become very frustrating very quickly. You can’t think about creating something that lasts, it just happens. For every object that stands the test of time, there are fifty that disappear.”

But vanishing is not something that seems to be on Hardy’s agenda any time soon. With his own name boutiques in New York and Paris (two, at the Palais Bourbon and Royal) Hardy is a force in the fashion world that will keep people talking for a long time. Just like Jane Austen.