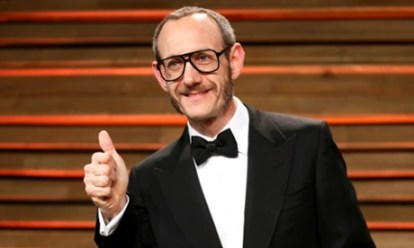 Celebrity photographer Terry Richardson on Friday denied allegations of inappropriate sexual conduct with models, making his first detailed comments on claims from numerous sources that began four years ago but have intensified in recent days.

In a letter published on the Huffington Post on Friday, Richardson portrayed his conduct during photographic shoots as consensual, but did not specifically deny that sexual activity had taken place.

“I give everyone that I work with enough respect to view them as having ownership of their free will and making their decisions accordingly, and as such, it has been difficult to see myself as a target of revisionist history,” Richardson said.

The letter comes days after Vocativ published an accusation from a woman who said Richardson made sexual advances while photographing her five years ago. Charlotte Waters, who said she was 19 when she posed for Richardson, gave a lurid and specific account of the incident to the website, which published another accusation by an anonymous model on Friday.

Richardson has been accused on many occasions of making sexual advances to young models. Rie Rasmussen, a Danish model, confronted Richardson at a Paris event and accused him of exploiting young models in vulnerable positions. Read more..