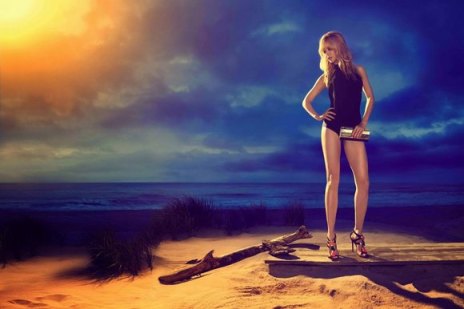 Jimmy Choo started as an east London cobbler and was forged into a global fashion label by the fiery entrepreneur Tamara Mellon, but is now owned by the fashion house Labelux and its CEO is John Galliano’s former CEO. The company, whose towering stilettos were made famous by Carrie Bradshaw in Sex and the City, has begun talks about going public this year and is looking to raise £1 billion, according to London’s Sunday Times. The company’s stockmarket valuation is bound to be helped by the progress the brand is making under creative director Sandra Choi, who has recently released a Fall/Winter 2014 collection that’s devoted to dark art of seduction and the role that shoes can play in winning any man’s heart.

“The idea of an affair driven by unbridled passion and lust was front of mind when designing the collection,” says Choi. “I revisited films that convey a sense of forbidden passion; Wong Kar-Wai’s In The Mood for Love and Les Liaisons Dangereuses, where deception and illusion are key themes. I wanted to play with new perspectives, creating pieces that would be lusted after; you want to covet them.”

For those with a subscription to the London Times the original story can be found here: