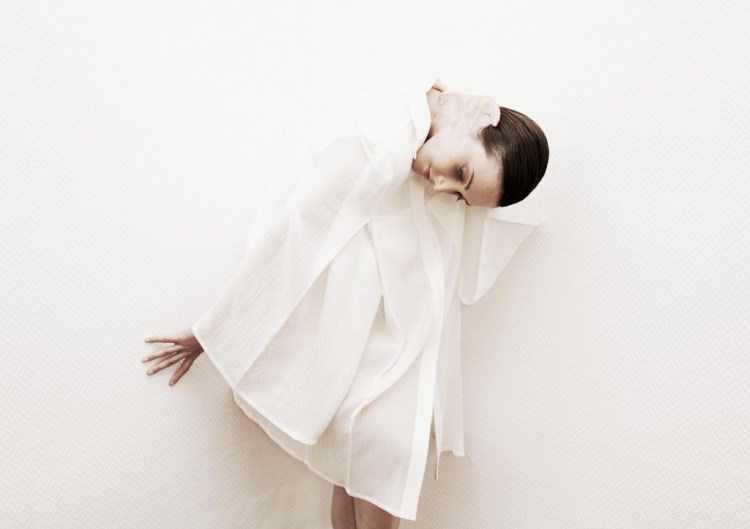 There must be something in the waffles – or the beer/fries/tax laws – but it seems that Belgium has more than its fair share of creative brilliance. I mean damn, the entire design team at Dior is now from the country that LVMH boss Bernard Arnault wants to call home, but the brilliance doesn’t stop with Raf Simons and Kris Van Assche. Seems that the birthplace of moules frites has a new genius waiting in the wings by the name of Glenn Martens, who produces complex collections that reference his background in architecture with silhouettes that play on shapes found in Flemish art. The pieces are at once easy and sophisticated and his Spring Summer collection is already being talked about as a foundation stone for greater things to come. Martens learned his trade with Jean Paul Gaultier, where he “impressed Didier Grumbach of the French Federation of Couture, so much so that he allowed Martens to debut his own-label collection at the Parisian womenswear shows” according to Scalpel magazine, Pernod Ricard’s bible of what’s next. Described as the world’s “most exclusive magazine” with a numbered bi-annual edition of just 650 copies, the Scalpel “surgeons” (as they call their very discerning contributors) recently selected Martens as one of five designers who will shape the future of fashion in the next decade. The others were Mikio Sakabe, Narelle Dore, Serkan Cura and Kim Choong-Wilkins. The deluxewords and The Fashionable Truth founder Daniel Jeffreys was a Scalpel surgeon in 2012 and says of Martens, “This is a designer who finds beautiful references in shape and form that he transforms into pieces that have an air of elegance and serenity, without being too precious. He is destined for haute couture. ” Belgium will be the partner country for this year’s Business of Design Week in Hong Kong and it’s to be hoped that designers like Martens will be top of the bill so that Asia can get its own look at fashion’s next hit parade.