All about Saint Laurent: Inside an unmissable fashion film 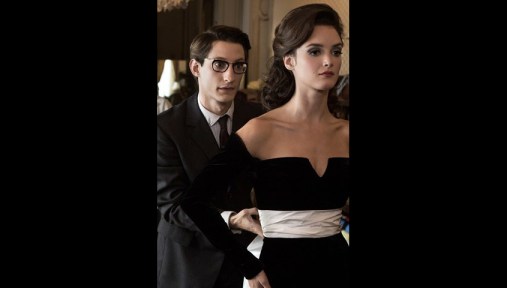 LIVING with Yves Saint Laurent was not easy, says Guillaume Gallienne who plays his long-term partner, Pierre Bergé, in a new biopic about the designer. Gallienne lost nearly a stone in the two months that it took to shoot the film, which hits cinemas on March 21.

“It consumed me,” Gallienne told us. “That’s what I said to Pierre after shooting, ‘How did you manage?’ He said, ‘I was in love. And imagine, it lasted 50 years for me.’ I said ‘Dear God.’ They loved each other for what they were and not what they wanted the other person to be.” The French film, directed by Jalil Lespert, stars Pierre Niney in the title role and chronicles the designer’s legendary career – from the 22-year-old creative director of the house of Dior (Christian Dior instructed the then fledgling designer to succeed him before he died), to the creative mastermind behind one of the most influential and enduring fashion brands in history, changing the way that women dress forever. Read more..