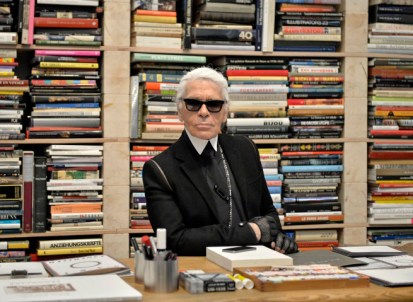 Karl Lagerfeld and a Macau casino operator announced plans Friday for the Chanel designer to create his first hotel. The 270-room Karl Lagerfeld Hotel will open in 2017 in a 20-story tower in the gambling enclave in southern China, according to Lagerfeld and the Sociedade de Jogos de Macau.

“An entire hotel designed by me. It’s the first time for me! I think the idea is great!” said Lagerfeld in a statement.

The announcement comes after Lagerfeld startled visitors to Chanel’s fashion show in Paris this week by holding the event in a full-scale recreation of a supermarket with Chanel-branded groceries. The Lisboa Palace complex also is to include a Versace-themed hotel designed by the Italian fashion label and announced by SJM in September. Read more..