There are a host of skincare products on the market but few are backed by the level of technical expertise and devotion to detail that is found at Biologique Recherche. As Daniel Jeffreys discovered, when it comes to great skin, the devil is in the details. 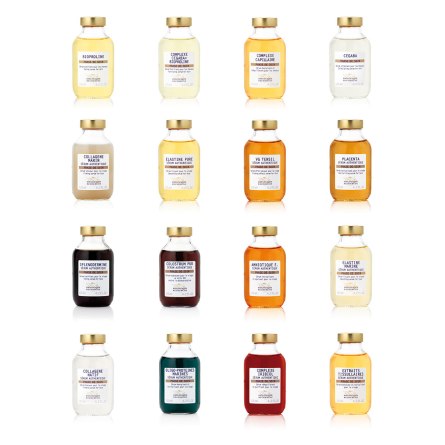 There is a time machine on the Avenue des Champs-Élysées in Paris. I went there in 2014 and came out as myself in 1994, at least I looked that way after a one-hour treatment in the Biologique Recherche spa that hides down a little courtyard ten minutes from the Arc de Triomphe.

That’s the magic of the Biologique Recherche, technique developed by the company’s President and professor of potions, Phillip Allouche, who insists on treating the skin solely based on its role as the body’s largest organ.

“The skin may also be the body’s most important organ,” says Allouche, a charming Frenchman in his forties who has a rosy glow suggestive of eternal youth. “People treat their skin like it’s bubble wrap, covering something more valuable, but the skin needs just as much care as the heart and lungs.”

Allouche has been repeating this mantra since he took over research and creative direction at Biologique Recherche from his father 14 years ago, but he is no snake-oil salesman. His treatments have won a loyal and powerful following among celebrities, for the singular reason that they work. Hitherto the main problem with the brand has been getting to Paris at a time when the Champs-Élysées spa was not fully booked.

Now that issue is being resolved, as Allouche, company President Rupert Schmid and CEO Pierre-Louis Delapalme roll out a series of Biologique Recherche spa partnerships in Europe, the US, Asia and Latin America.

The latest tie-up is with the Four Seasons in Hong Kong and the brand will soon be spreading its wings at other Four Seasons spas throughout the region. Clients who visit the Hong Kong spa will find that every Biologique Recherche treatment begins with an assessment stage to establish the condition of the epidermis, so that the most appropriate treatments can be recommended.

Allouche bases the Biologique Recherche approach on the fact that nobody has one “skin type” but a skin condition that changes several times every day – he calls this the Skin Instant, and the concept has become one of the company’s registered trademarks.

“The artificial categorization of skins as normal, dry or oily provides a poor psychological definition of a skin’s condition,” says Allouche. “It only gives a stationary image of the epidermal cosmetic imbalances. We like to go much deeper and determine how the epidermis is interfacing with the skin’s deeper structures. We then start building a surface for youth and radiance at the epidermal level.” 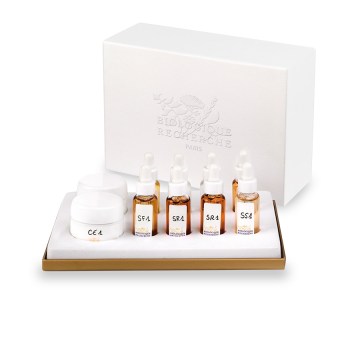 If the good doctor sounds a bit technical at times it’s because he approaches the issue of making people look young and beautiful with the earnest dedication of a scientist, and one who has devoted his life to making new discoveries in his field. His research led him to build a three-stage treatment process that begins with the assessment and then moves to an “Initialization Phase” in which a special developed lotion (Lotion P50) is applied to eliminate impurities while respecting the acid pH balance of the epidermis.

Only after the skin has been prepared can clients proceed to the treatment phase. For me, in Paris, this was the best part, making me feel like I had been caught up in a charming science experiment by a benign Dr Frankenstein figure, who, rather than turning me into a monster, was ready to unlock whatever inner beauty my skin might still possess.

The focus of the treatment phase is 20 minutes of “face re-modelling”, during which three different types of electricity are passed through the skin. It tingles, but in a vaguely sensuous way. There follows an application of a customized cocktail of Quintessential Serums, another proprietary range in Allouche’s armoury.

This revolutionary approach was derived from Allouche’s time as a doctor in a hospital that treated injured soldiers.

“I was treating a lot of serious wounds,” he says. “I was able to see how skin reacts under severe stress when it’s starved of nutrients.”

Allouche’s encounters with wounded soldiers taught him some of the building blocks of advanced skin care. He found that patients who had the correct nutrients and oxidants recovered faster. And he discovered that the best source of these was high concentrations of active ingredients derived from pure botanical and marine extracts.

This approach has now been used as the foundation for launching the latest Biologique Recherche innovation, its Haute Couture line. After 4 years of research, the company has developed a programme that develops customised care for individual clients along with seven months’ support.

Just like the entire Biologique Recherche Methodology, the Haute Couture programme is based on the cosmetological evaluation of the skin, initialisation and care, with all the treatment phases being designed specifically for each client.

“We have a library of over 60 targeted active ingredients based on our research,” says Allouche. “Over the course of the Haute Couture programme clients can vary which ingredients are used in response to specific problems indentified from our “Skin Instants” assessment, applying their treatment in line with seasonal changes, diurnal cycles and levels of stress.” 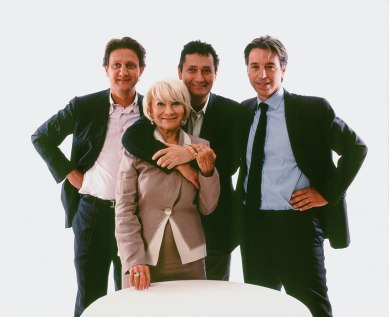 The Haute Couture programme will be launched this spring. In the first month clients go through the preparation phase, during which a diagnosis is prepared and they use Biologique Recherche products to soothe and balance their skin.

This is followed by an induction month with an introductory Haute Couture pack of products that address the specific balancing needs of each client’s skin. Month three to five is the “Boost” phase, when the skin receives a stronger treatment that attacks any underlying problems.

In month six the two final Haute Couture Packs stabilise the client’s “Skin Instants” creating a sustainable balance.  At the end of the treatments a new set of skin measurements are made and the client receives recommendations for future maintenance.

“We are very exited about the new programme,” says Allouche. “It’s truly unique to create a skin care regimen that is designed for each and every client’s skin condition.”

Not that the Haute Couture launch will represent the end of Allouche’s quest for the perfect skin treatments – that remains his holy grail.

“Research is at the heart of everything we do,” he says. “I want to learn more about the skin everyday. By understanding all the ways that the skin reacts to the stresses of modern life we can develop products that offer revolutionary solutions.”

The luxurious Four Seasons’ spa in Hong Kong will offer a suitable couture environment to try Allouche’s latest offerings but, if you can, try that time machine on the Avenue des Champs-Élysées. It’s the only way I know how to go back 20 years without the help of Dr. Who.