The Fashionable Truth’s editor in Chief Daniel Jeffreys had the chance to make a private visit to the recently restored and renovated historic Guerlain flagship at 68 Champs-Elysées on December 18. The Guerlain family once lived upstairs but now the building has been redesigned and extended so that its heavenly scents waft gently over four spacious floors, including a basement restaurant, “Le 68” headed up by Guy Martin where the famous (but not well known) Guerlain teas can be enjoyed. “Les Délices du 68” bear the names of famous Guerlain fragrances and are absolutely wonderful – among the most refreshing teas that TFT has ever tasted. On the ground and first floors there’s a boutique with private rooms for couture consultations and on the second floor, Paris’s most luxurious spa lies in wait. Peter Marino masterminded the makeover of the building, which originally opened in 1914 and has beautiful art deco touches, but the real beauty of the place is the ethereal scents, which make the new store a destination that your nose will never forget. I especially loved the ever-so-delicate and chic perfumed gloves that retail for 300 Euros. Made from the most refined calf’s leather and rendered in elegant blue with white trim they are adorably feminine. Offered in a new “couture” corner at Maison Guerlain the gloves are from Maison Fabre, scented with Mitsouko or La Petite Robe Noire. Guerlain’s in-house perfumer, the brilliant Thierry Wasser has developed special formulas that keep the gloves scented for at least one year. 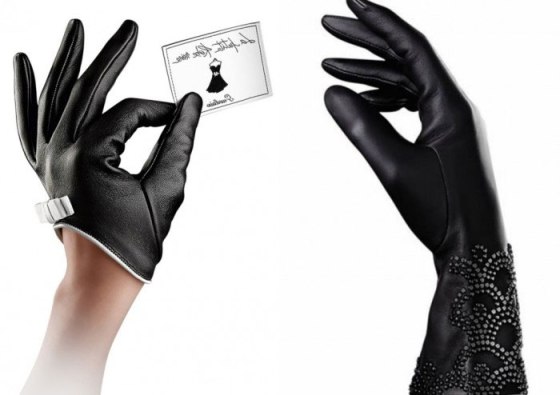 In the same area, there are silk fans and silk scarves for her and him featuring Guerlain-related motifs that can also be scented. The current star of the store was created for the 80th anniversary of Vol de Nuit, named after Antoine Saint Exupery’s second novel ‘Night Flight’, a fragrant story of love and romance from the first years of aviation. Guerlain has prepared a vintage edition using forty-six empty antique bottles that were found in the archives with an unusual volume of 56 ml. They were filled with a new batch of Parfum. For this special edition, the metal label and square stopper have been covered with real gold and it sells for 6500 Euros. Jacques Guerlain created Vol de Nuit in 1933 and its top notes are bergamot, galbanum and petit grain with a heart that reveals jasmine, daffodil and spices. It’s quite expensive but then Christmas is coming and a great perfume is a gift that lasts forever.