Frank Yu turns Gravity into a force for change in architecture

Founded just ten years ago, Gravity has evolved into one of Hong Kong’s most interesting and influential design and architecture partnerships. And yet the company was born in the most difficult circumstances. 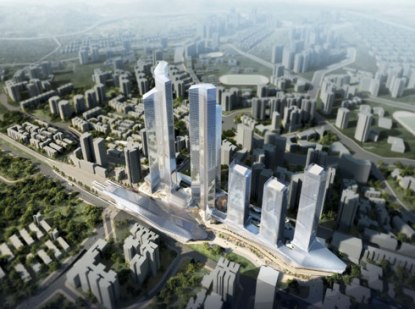 In 2003 SARS hit Hong Kong and the fragrant city took on the scent of disaster. It was the same year that Frank Yu and Claude Wong started The Gravity Partnership with six colleagues in a 30-square-metre office where “every desk was pushed together in a cramped space.” The small architectural practice was hard working and flexible, but more importantly it anchored itself to the safer shore of mainland China to ride out the harsh economic weather.

“The mainland was less influenced by SARS, so we were able to procure a project,” says Yu, when he spoke to an audience at HKDI consisting of students and colleagues. “We then started to receive more jobs as our reputation increased. ”

It is no surprise that Gravity survives and thrives, but it is a wonder that the company has expanded at such a fast pace.

“Ten years ago when I was 40, I was struggling with two things – whether to start a family or my own business. To end the excruciating inner struggle, I decided to try both.”

This double-dip decision has paid benefits. Ten years on Gravity has more than 110 employees and Yu’s company occupies a floor in Causeway Bay with windows overlooking the sea and a recreation room for chilling and meditation. Yu and his team is now sought after by influential real estate developers such as Sun Hung Kai, which has just commissioned Gravity to design the International Commerce Centre in Chengdu, a project that is to be the city’s landmark and will cover 1.3 million square meters, making it three times larger than Kowloon’s Elements. It will consist of four towers and a commercial complex. Meanwhile, Yu is happily married with three children and his wealth and philanthropy have put him on several lists of the rich and powerful.

“Luck is a very important factor for success; then it is talent and hard work,” Yu says putting on a matter-of-factor smile that reflects years of struggle that have been overcome, before he explained why his company has won plaudits for its dedication to innovation and non-conventional design, all put at the service of society and the design profession.

“Architecture shouldn’t just be about trends and fashion because fashion will inevitably change,” says Yu.

“Unlike a fashion or interior designer, an architect should think in decades or longer instead of in seasons or years.” 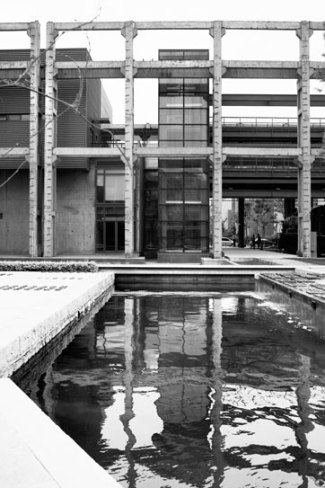 Yu pointed to pictures of his company’s first project – the Crystal City Sports Centre in Tianjin – as an example. “It is still in fashion, unlike – to be frank – some out-of-fashion projects that I have done four and five years ago when I mistakenly pursued the trend and fashion too keenly”.

The brief Yu was given for Crystal City by real estate developer Vanke was to “change a 3,600 square metre former old glass factory into a large commercial sports centre for the entire district and ideally just give it a new layer of paint outside, and make a fancy renovation inside in order to save budget”. At the same time the central people’s government began to promote cultural and spiritual elevation, and local governments responded by seeking to preserve old buildings, following Beijing’s preservation of its remaining Hutongs.

As a result of these two factors Vanke were pushing for the preservation of the glass factory’s antique appearance. However when Yu arrived in Tianjin he decided that the preservation of physical form wasn’t a good option for this project, because the glass factory was not an interesting building, architecturally speaking, with a torn, rusty roof and a utilitarian structure.

Yu proposed to tear down the roof and Vanke agreed. However, the walls were also found to be in a bad condition. In light of this, he suggested that everything should be torn down, except the concrete structure of the building. Yu decided to form a perimeter that both surrounds and connects to the new complex. As a result, the old concrete structure and its history could be juxtaposed with the renewed modernity of the sports centre as expressed in the steel exterior construction.

“For me, preservation and revival of a historical building should not be confined by the physical form,”

says Yu. “It is the memory that is important. The twenty per cent of the old building that remained is the most valuable part, and can be clearly seen from the outside. It no doubt evokes memories for many people. So the goal of preservation was achieved, plus the transformation of an otherwise unattractive and malfunctioning building.”

However, Yu’s proposal required 30 million RMB, three times Vanke’s budget. He explained to Vanke his definition of preservation, and the fringe benefits that his design would create for the community. He also suggested that the 20 million RMB extra construction cost could be treated as part of Vanke’s marketing budget, due to the beneficial effects the design would have and the gratitude it would generate in the community. His proposal was accepted and the project not only helped Gravity to establish its reputation but also brought in new business.

Having told his Tianjin story Yu sounded a note of caution about pushing clients too far away from their original brief.

“No matter how capable you are, you can be fired anytime,” he says. “And you can never beat your clients by arguing. Having stayed in the industry for 27 years, one of the most important things I have learned is to protect oneself. According to my experience, the opportunity to succeed by insisting on one’s opinion against the client’s is none.”

Having said that, Yu gave several pointers for dealing with clients, without which no design company can survive. “Drawings and renderings are important, the more detailed the better,” he says as he showed the presentation slides he used in bidding for the Sha Ping Ba Railway hub project in Chongqing. “Drawings are the most direct and efficient way to show your ideas. They increase the client’s belief in the project, because they are unlikely to be able to imagine the design based on words alone.”

Yu’s experience is an invaluable model for designers in all walks of life. A great design is only half the battle, a great story to go with it, told in words in pictures, is the other side of the coin.