‘You don’t earn as much money as the girls’: a day in the life of a male model 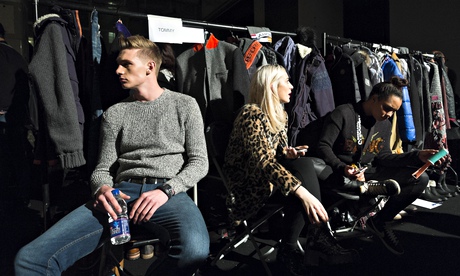 Tommy Marr lives with his mum in Ealing, west London, shops in Topman and follows Tottenham Hotspur. He tweets about everything from his toenail falling off to “giving it large in Croatia” and posts pictures of his coffee cup decorated with a smiley face because the “Starbucks lady 100% fancied me”. So far, so your average 18-year-old boy in 2014.

That coffee comment might not have been just adolescent bravado. Marr is likely to turn heads, even of the most harried barista: he’s 1.9m (6ft 2in) tall, blond with green eyes, a cheeky grin, a baby face with added cheekbones. He’s also a male model. On the books of Next, one of London’s biggest agencies (they also look after supers includingArizona Muse and Malgosia Bela), today he’s on his way around London for appointments with Longchamp, Burberry and Margaret Howell. Read more..