Chinese Designers to the Fore 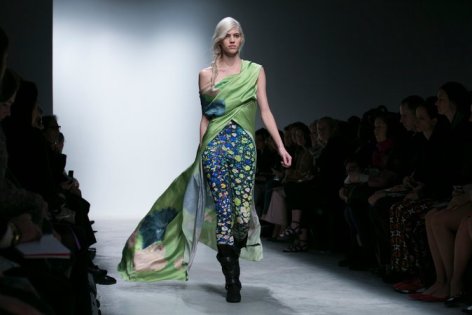 Quick. Name a Chinese fashion designer. Despite China’s importance in the global luxury market and the growth of its fashion industry, few of its designers are well-known names in the West.

It is a situation that Gemma Williams, who curates fashion exhibitions in London, hopes to improve with the publication of “Fashion China” by Thames & Hudson in the spring of 2015.

“It is hard to find them because of the language barrier, in part,” said Ms. Williams, 34, who is going to China this month to identify new brands to write about. “Even designers like Guo Pei, who has 450 people working for her and created Olympics outfits, aren’t known by some of my Chinese friends.

Ms. Williams has been working on the book for six months, beginning with the creation of a committee to choose which designers to include in a final group of 40 to 50. Among the committee members is Liu Wen, who is considered China’s first supermodel and who was ranked fifth on Forbes’s list of top-paid models for 2013. Read more..