As Christie’s celebrates 238 years of business with a new gallery space overlooking Victoria Harbour, the London-based auction house is confident that it has never been better equipped to service burgeoning waves of enthusiasts and collectors from Greater China. Daisy Zhong reports.

Entering the 22nd floor of Alexandra House in Central Hong Kong in February, it was easy to feel  overwhelmed by the treasures on display.

These splendours were proudly displayed at the James Christie Room’s inaugural show The Best of the Best, which ran from February to March 15 at Christie’s newly launched multi-purpose gallery space named after their 18th century founder.

With sweeping views of the Harbour and over 250 square metres of white walls, polished floors, and elegant furnishings, the gallery space, which originally opened in 2010, has now been renovated and renamed. What’s more, it has been assigned a clear mission: to meet the voracious demands of Asia’s increasingly sophisticated art collectors.

“Our record results for Asia in 2013 demonstrate the growing demand and appreciation for art and culture in this region,” said François Curiel, President of Christie’s Asia, “This strong performance gives us confidence to invest further in our business in Hong Kong.”

But apart from the cliché about Asia’s growing appetite for art – the year 2013 saw auction results from Christie’s Hong Kong increase by 30% with buyers from Greater China representing 22% of total global sales – Christie’s opening of the James Christie Room also signals a growing trend among affluent buyers who are interested in a more discreet form of art dealing.

While some of the exhibited lots are from Christie’s forthcoming auctions in Hong Kong, London and New York, most of the highlights – such as those mentioned in the opening paragraph – are reserved for private sale.

According to Rebecca Wei, President of Christie’s Asia (Excluding China), a key function of the new gallery space is to accommodate the auction house’s private sales initiative. “The Private Sales department has proved to be a huge success; the gallery will be a new space where we can better meet the demands of private sales, 365 days a year.” 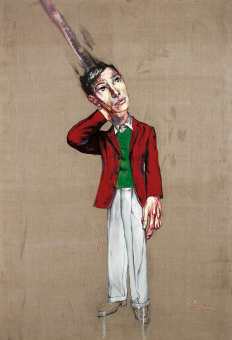 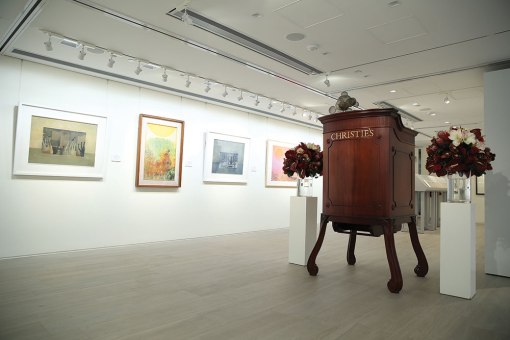 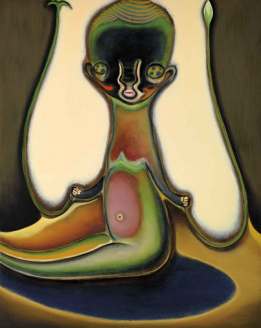 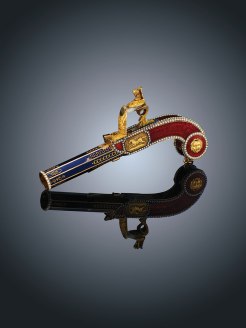 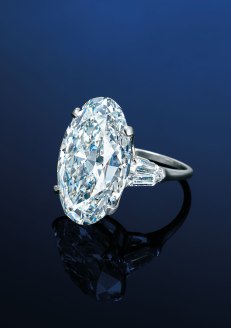 Recent years have seen a sharp rise in auction house private sales as more and more resources have been dedicated to the sector. Christie’s rival, Sotheby’s, has also recognised the trend and opened its private sales gallery S2 in 2011. In May 2012, former Gagosian director John Good joined Christie’s. Analysts believe that these indicators are a reaction to a slowdown in the growth of auction sales and stagnation in the middle-price art market.

At Sotheby’s, while net auction sales in 2013 saw a modest 5% year-to-date to US$2.4 billion (HK$18.7 billion), its private sales jumped 37% to nearly US$1 billion (HK$7.8 billion). Like Christie’s, the company has been targeting higher end clients while expanding its private sales business.

Behind-the-scenes private sales at Christie’s, including those from the Christie’s-owned Haunch of Venison gallery, have grown to nearly 17% of all sales revenue. Private sales commanded $1.19 billion (HK$9.3 billion) in 2013, a 20% increase on the previous year.

While the figures are impressive, details of individual transactions seldom come to light – absolute discretion is a key characteristic of private sales, as are privacy, immediacy and flexibility. After the auction house’s specialists examine a consigned property, they devise the best method for offering the work and create a bespoke sales strategy that caters – through unique market access – to the seller’s specific needs.

From a buyer’s point of view, whereas bidding at auction can be an intimidating process, private sales are far more civilised, resembling purchase at retail pace; it’s only the quality and price of the merchandise that indicates the exclusiveness of the clientele. There are no buyer premiums or any of the other fees you find in auctions; you also receive personalised attention from the specialist teams from all the departments behind the sales.

With these advantages, private sales have become increasingly popular in Mainland China, too. Poly International Auction, China’s answer to Sotheby’s and Christie’s, launched a private sales branch, Poly VIP, in 2012 to cater to high-end clients with confidentiality and flexibility through a “custom-made service”.

Christie’s new gallery in Hong Kong is clearly part of a strategy to capitalise on the emergence of new buyers in the Greater China area through non-traditional channels. According to a Forbes report, Jonathan Stone, Christie’s Chairman and International Head of Asian art, said the company plans to open similar spaces in Shanghai and Beijing in the second half of this year.

“Our strategy to invest in new markets such as China, new channels such as Private Sales and online sales…has enabled Christie’s to grow,” said Steven P. Murphy, Christie’s Chief Executive Officer. In January, Christie’s announced sales of $7.13 billion (HK$55.6 billion), up 14% on 2013, the highest sales total for Christie’s or any auction house in the history of the art market. Forbes reported that 72% of Christie’s auction sales came from mainland buyers…Read more in Quintessentially Asia.